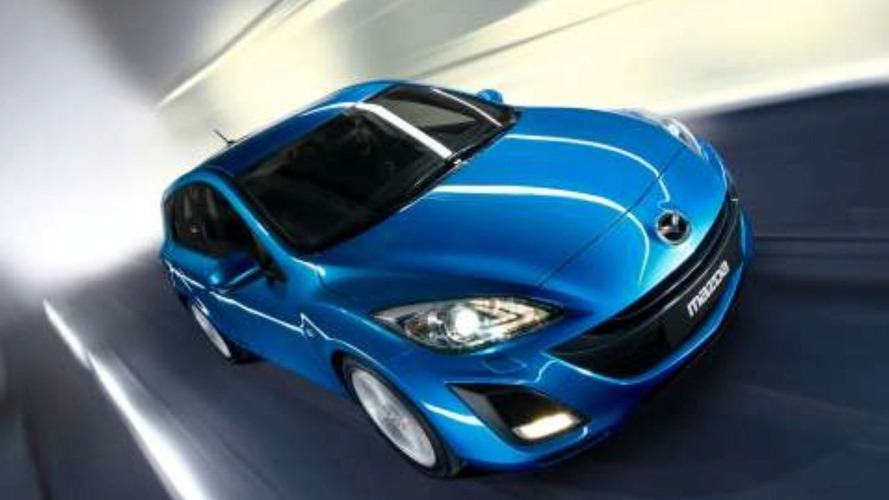 Mazda3 will feature a newly developed 2.2 liter turbo-diesel first seen in the Mazda6. The Mazda3 five-door hatch will debut at the Bologna Motor Show on December 3rd.

Well, Nissan may have pulled out of the Detroit and Chicago Auto Shows but some Japanese automakers still think it's a good idea to debut vehicles at these flashy events.

Mazda will be unveiling the new Mazda3 five-door hatch at the Bologna Motor Show on December 3rd. Mazda premiered the four-door sedan version of the Mazda3 at the Los Angeles Auto Show last week. Which makes sense, of course, since Europe is the hatch market for models in this class and North America is one for sedans because if you say hatch in the US people immediately think of the Dodge Omni, sadly enough.

The Mazda3 five-door hatch comes with a newly developed 2.2 liter turbo diesel engine, first seen in the Mazda6, which comes in several tuned variations that can go up to 182 hp. Although, Mazda fails to mention performance details in this press release, which may mean they have not yet decided on how many horses this turbo-diesels gets in the Mazda3. But they do say the engine will meet Euro 5 emissions standards.

Things may be bad in the accounting department, but at least the Mazda people will be on the floor touting their latest releases at Bologna next month. Hey, someone has to keep up appearances.