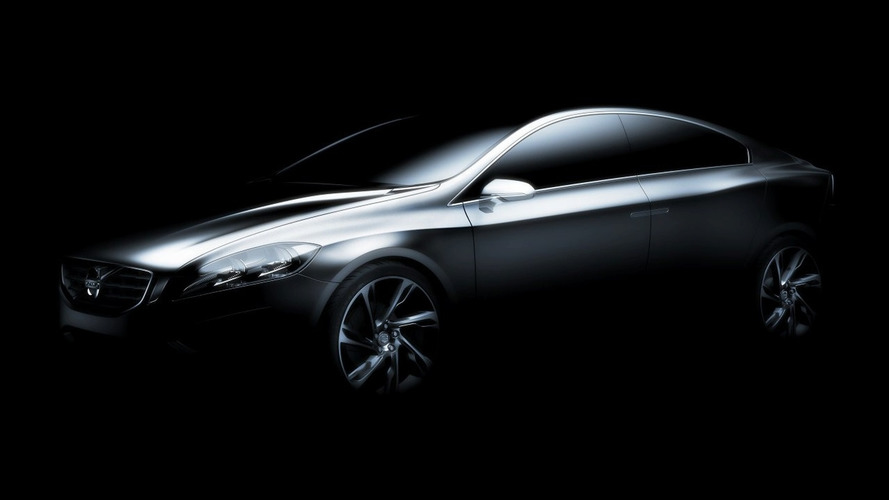 First official photos of Volvo S60 concept revealed. The S60 concept will make its debut at the Detroit Auto Show in January 2009. The next-generation Volvo S60 is slated for launch in 2010.

It's like there are two parallel universes. One in which the automakers are running on fumes and about to crumble and another where everything is roses and they are putting out shiny, happy press releases on new products with slick, glossy photos to go along.

Ford Motor Company, in need of cash, owns Volvo and would probably had sold it off by now if Volvo were profitable, which it isn't.

But black or red has nothing to do with good or bad cars. Opel just won European Car of the Year with the new Insignia. And Volvo is still a quality automaker making solid attempts lately at giving their usually staid brand a little sex appeal.

So here comes the S60 Concept.

Volvo has taken the horizontal lines of the S60 into a more daring direction. Fattening the shoulders and stretching the roof-line to give the car a more aggressive look.

"The inspiration comes from the Swedish coastline's cliffs and seas. An exciting blend of drama and sensuality," said Steve Mattin, the director of design at Volvo Cars, in the press release.

And we've already seen the new interior design, which also evokes a theme of landscape beauty with a center panel along the middle of the cabin that looks like a crystalized waterfall.

Things look good for the Volvo S60 if it is going to follow the lead of these concepts photos we've seen. As for Volvo and parent company Ford, who knows.