Need for Speed Undercover Scirocco emerges in the flesh 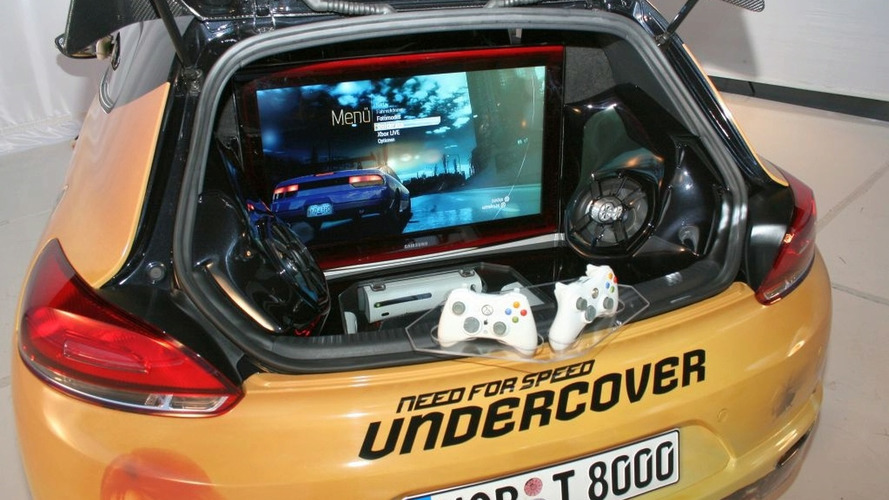 Attend 2009 Essen Motor Show to see this gold & black VW Scirocco in the metal/ flesh. If not, wait for the Need for Speed game in which it features. If not, check these pictures.

Electronic Arts' latest racing game series Need for Speed Undercover features a unique black and gold Volkswagen Scirocco. More exciting is that it can be seen at the 2009 Essen Motor Show in the flesh. The Scirocco fits into NFS Undercover culture snugly, thanks to its livery, kit, and concept as a sports car for the young at heart. It's based on the 2.0 TSI DSG-box unit with 200bhp.

Under the leadership of Stefan Helmold, the team at VW Individual took six weeks to complete the car. Not exactly a lot of time since some back-and-forth communication between them and EA with their stamp of approval delayed progress.

Running on RH Cross Line 8.5 x 19" rims with 235/35 ZR 19 Pirelli PZero tyres, the NFS Scirocco exterior is decorated with body film which in itself is a perfect picture of NFS in the background. It's kitted with accessories such as a front apron, side skirts, rear apron and the EA logo is splashed on the bonnet, fuel flap and C pillar. The logo is also apparent on the headrests, laser-etched there and the aluminum steering wheel.

An NFS car is nothing without its ICE, so Clarion comes in with a DXZ R-588 USB system with 8 speakers, plugged into an XBox 360 console, a 32-inch Samsung monitor in the boot, two 19-inch monitors which can be seen when the dark-tinted side windows are open and a microphone.

Gallery: Need for Speed Undercover Scirocco emerges in the flesh