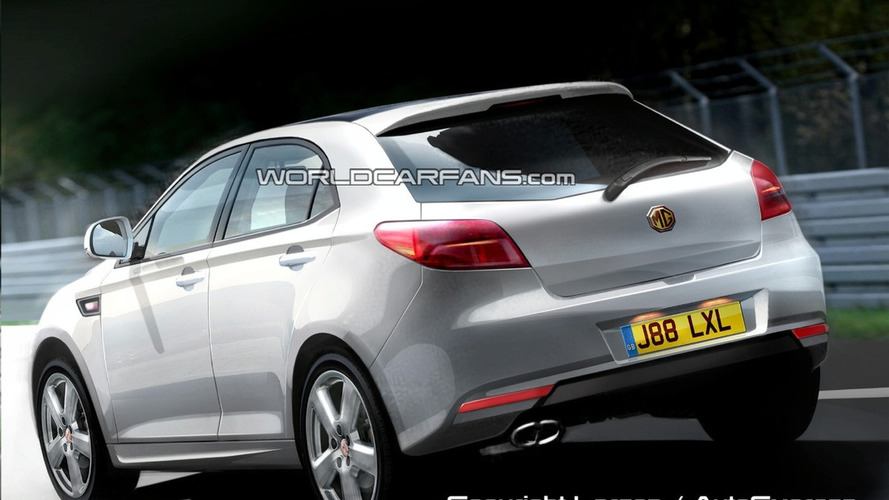 Larson's impression of a 2010 MG hatch reveals a modern design for the sporty Brit. A 'hot hatch' version is in line.

MG is gunning for the main European hatchbacks like Opel Astra, Volkswagen Golf, Renault Megane and Ford Focus. Following the story on MG's plans for 2010, our contributing artist Larson has gone and done what he's world-famous for: interpreting car fans and designers' dreams into full colour. These rendered pictures depict the upcoming MG hatchback, set to enter the scene in 2010 along with other MG/ Roewe models. The idea is to "clean up" the MG look, but keep sporting heritage elements, at the same time move forward and compete effectively in the looks department. A very Eurocentric design.

When the last ZR cars went off the production line in 2005, fans of the MG range were left confused and disappointed. Now Auto Express says they have been informed by Nanjing Automobile Corporation (NAC) insiders that a new MG hatch, which will first be offered in China, is headed for Europe as well. MG-branded, the hatch will keep its British manufacturing for credibility purposes. Different looks will however, be sold to the two different markets, meaning Chinese versions will look a bit unlike their Euro siblings.

Engines are to be kept in 1.8-litre size for now, normally-aspirated and turbocharged. Power will range from 120bhp to 160bhp, while a "halo" model making around 200bhp is to be a hot hatch contender. Performance testing is still being done.