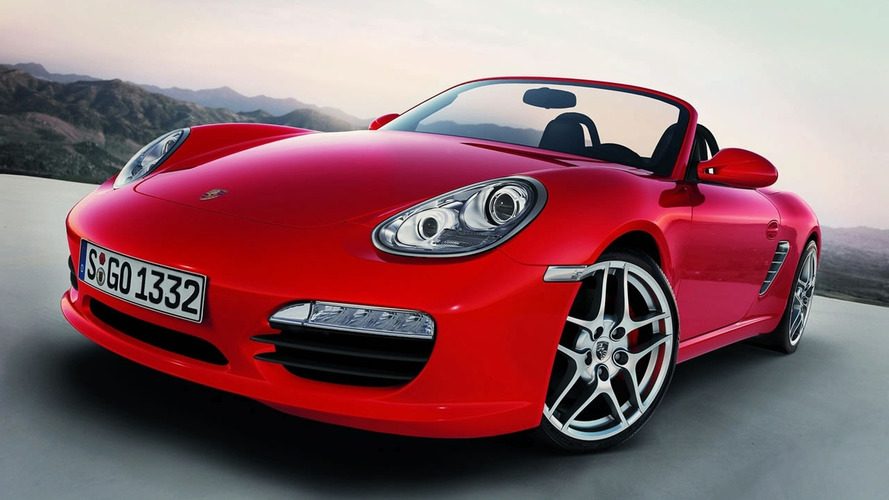 New 2009 Porsche Boxster and Cayman are to be seen in the metal for the first time at LA Auto Show 2008. Heavily revised engines and interior as well as suspension will delight buyers.

Breaking news is that Porsche is unveiling new generation Boxster and Cayman at the 2008 Los Angeles Auto Show. The two baby sports cars from Stuttgart receive a vast number of improvements, including more power, plus Porsche's new double-clutch gearbox.

Making its debut is the Porsche-Doppelkupplungsgetriebe or PDK, the double-clutch gearbox that gives lightening quick changes with better fuel economy. The Cayman S for example, when fitted with PDK and Launch Control, speeds from 0 - 100km/h in 4.9 seconds, compared to a 6-speed manual Boxster's 5.9 seconds. Fuel consumption figures are 11 percent lower in the 2.9-litre cars than older, Tiptronic S models.

More comfortable than before, Boxster and Cayman come standard with an MP3/CD/radio, while PCM Porsche Communication Management gives the option of satellite navigation on top of this, controlled via a new 6.5-inch screen or voice. iPod jack and USB entry are part of the PCM package as extra options. Just because you drive fast doesn't mean you should get lost. Optional cooling/ heated seats are tickable on the list.

A new suspension setup allows for greater driver control and even better dynamics, while comfort is not compromised. Braking power is also increased and made clever, such that the brakes "recognise" a potential braking emergency and react by pre-loading so braking is quicker and more effective.

These two cars, Porsche Boxster and Porsche Cayman, go to market in February 2009 for European countries at €38,600 for the baseline Boxster and €41,700 for the most affordable Cayman.