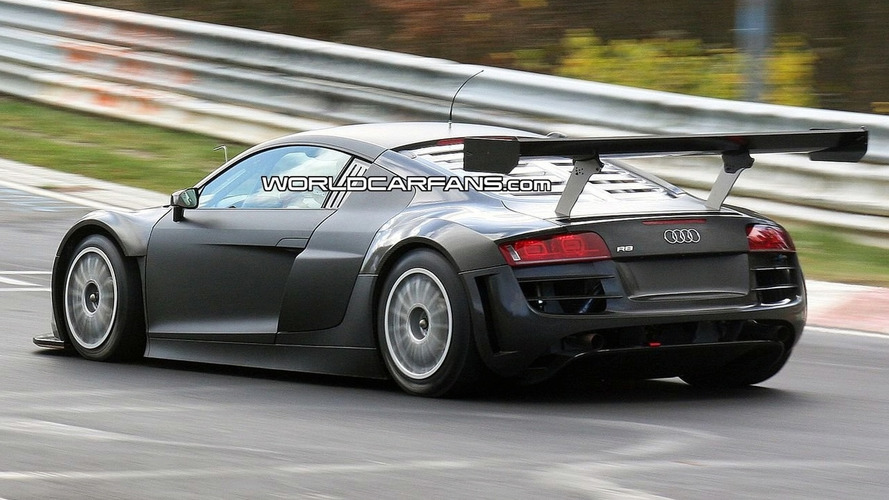 ABT Sportsline is readying the R8 GT3 for its 2009 debut at the "gentleman's formula". An Audi with 500bhp and RWD? Should be fire.

Caught testing at the Nürburgring, the Audi R8 GT3 is Audi's entry ticket into GT3 racing. Conducting what must be a highly daunting task, ABT Sportsline is testing the GT3, which was first introduced in August 2008. ABT are also responsible for the Audi DTM racecar. Doing the driving was Frank Biela, the Audi factory driver who has won 24 hour race at Le Mans a good five times.

The R8 GT3 is a 500-plus bhp machine using a V10 engine and a 6-speed sequential gearbox. This is in line with other competitors in the formula. However, 4WD, that is, quattro in this case, is not allowed in any of the cars in the championship, and so the R8 GT3 is 100 percent rear-wheel-driven.

Audi will enter the GT3 in 2009 for competition, but hopes are high that depending on its success, GT3 will spawn a road-going version, albeit possibly in limited numbers.