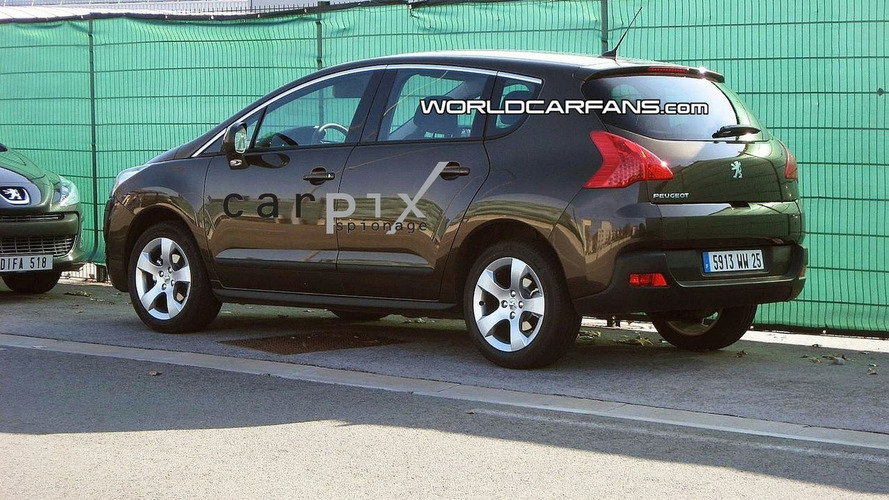 Peugeot's latest crossover vehicle seen here without camouflage for the first time. The 3008, based on the Prologue Concept seen at the Paris Motor Show earlier this year, will compete in the compact SUV segment against such models as the VW Tiguan and th

The Peugeot 3008 in plain view without any camouflage.

This is likely going to be how the production model will look, coming so close to the Geneva Motor Show next March, where Peugeot has said it will unveil the new 3008 compact SUV.

The 3008 will take its spot as a compact crossover/SUV one segment beneath its bigger brother the 4007 and will compete with the slate of compact SUVs on the market right now such as the Ford Kuga, the VW Tiguan and the Nissan Qashqai.

When Peugeot premiered this vehicle as the Prologue Concept at the Paris Motor Show earlier this year, it made a point of highlighting its latest hybrid technology which will be featured in the 3008. Peugeot calls it HYmotion4, one of the first diesel hybrids currently in development.

HYmotion4 features the whole bag of tricks for better fuel economy. Marrying the economy of a diesel with regenerative breaking to power an electric motor, as well as stop-start technology, that gets this SUV down to a mileage of 4.1 liters per 100 km (57.3 mpg).

The 3008 HYmotion4 is powered by Peugeot's 2.0 liter HDI FAP (particle filter) which pumps out 163 hp and 200 Nm of torque. The diesel powers the front wheels while the electric motor (a 36 hp with 200 Nm of torque) drives the rear axle.

The car, based on the Peugeot 308, will also come with the standard array of Peugeot engines available for that vehicle too.