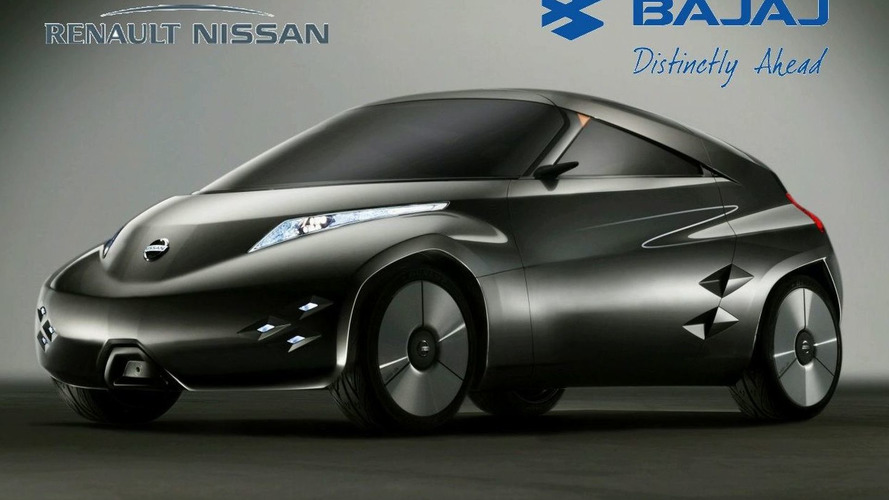 Bajaj and Renault-Nissan today announced they will form a joint-venture company to develop, produce and market the car code-named ULC with wholesale price range starting from 2500 USD.

Following in the footsteps of Tata, Renault-Nissan Alliance and Bajaj Auto have today announced their own ultra-budget car with a starting price of just USD 2,500. The car is codenamed ULC and will be built at an all-new, yet to be constructed production plant in Chakan, India.

A new joint venture will be producing the mini car with Bajaj Auto owning 50%, Renault 25% and Nissan 25%. Initial production numbers are set at 400,000 units per year for mainly the growing Indian market and is planned to go on sale in 2011, other emerging markets will possibly follow.

The project has already left its initial feasibility reports and moved into Joint Production Development and is on target to meet its budgeted performance and cost.