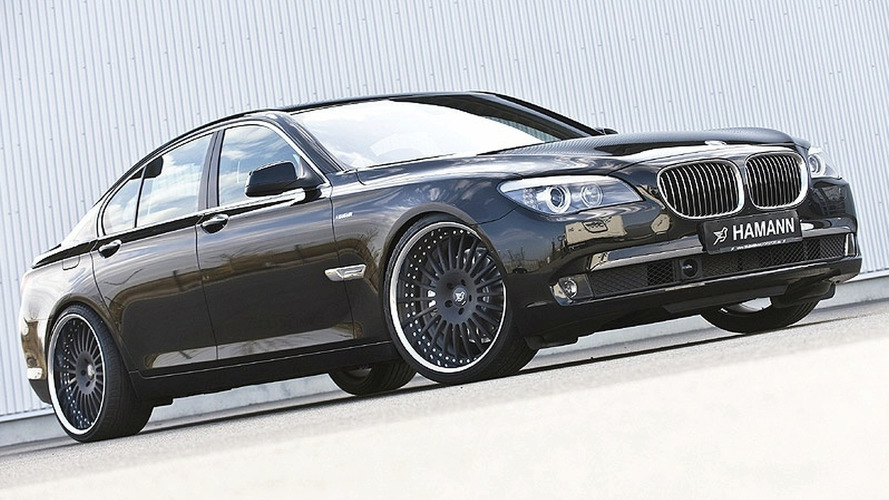 BMW 7 Series is trying on Hamann wheels as part of first-stage development. No body parts altered yet, maybe later.

Hamann is teasing with these two sets of wheels fitted to the new BMW 7 Series. They are the only wheel sets currently in development. Body has not been changed, yet, but that might turn out differently when the full tuning package is released. Soon.

The 7 Series has undergone an evolution rather than a revolution, as per BMW Director of Design's wishes. Mr Chris Bangle reckons evolution is the way to go every second generation, and therefore only worked to improve on 2001 7er rather than completely radicalise it.