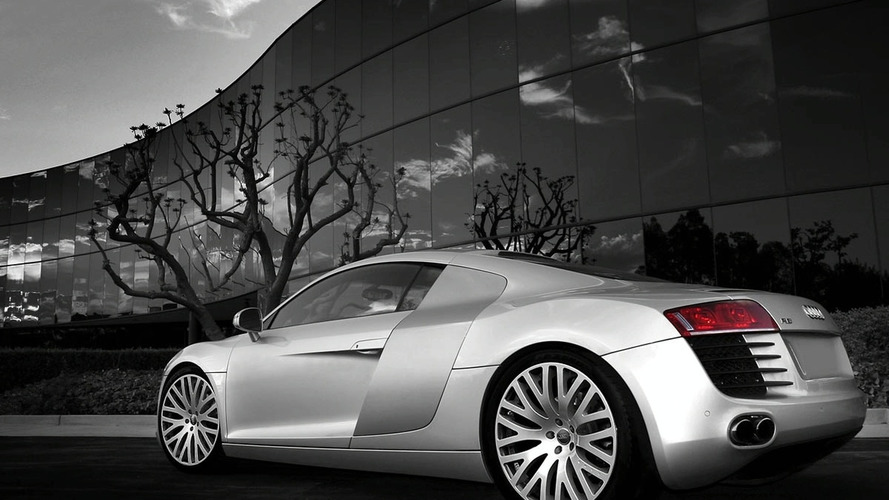 Project Kahn does the Audi R8. Kahn lowers the suspension and slaps on 20" F1-X rims made of lightweight carbon fiber.

Afzal Kahn is a busy guy. He's CEO of Kahn Design and head of Project Kahn, which brings us this Audi R8. He's also working on Kahn Pizza delivery, which promises to deliver your pizza in a supercar over 200,000 dollars in value or your money back.

Anyway, Project Kahn does the Audi R8. Kahn lowers the suspension and slaps on 20" F1-X rims made of lightweight carbon fiber. There are no more details than that, just the pic.

Project Kahn says on its website that, "You do not need to worry about the engine," referring to Audi's 4.2 liter FSI, 414 hp (309 kW) V8. Which we can interpret to mean that there won't be any engine tuning to this Kahn creation.

But maybe Kahn has a point. Sometimes tuning squeezes too much out of an engine and takes away its suppleness and character. A 3.77kg/hp ratio is very respectable territory for a supercar and, to paraphrase the late Paul Newman, avid race driver, its the driver that makes the car.