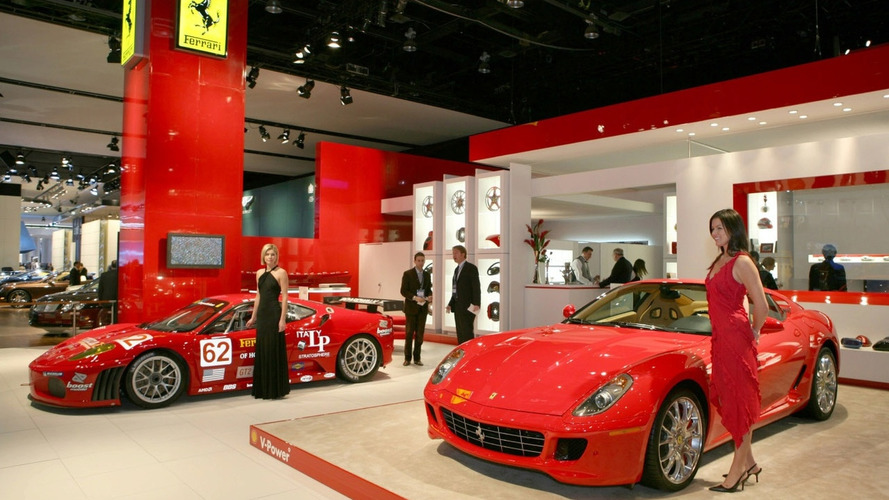 The North American International Auto Show in Detroit was already expected to have a rather somber tone this year but now comes word that Ferrari, Rolls-Royce and Land Rover won’t be attending the show at all.

With the financial crisis in full swing and bankruptcy rumors continuing to dog the big three, the North American International Auto Show in Detroit was already expected to have a rather somber tone this year. Now reports indicate that Ferrari, Rolls-Royce and Land Rover won't be attending the show at all.

This is just the latest setback for the NAIAS as it has continued to lose major automotive brands in the past few years. Last year Porsche decided against attending due to their low sales volume in Michigan and more recently Suzuki was planning to be a no-show this year. If the show keeps losing high-interest brands such as Ferrari, Rolls-Royce and Land Rover it could jeopardize the legitimacy of being a truly international show.

The show has faced stiff competition from auto shows in Chicago, LA, and New York as of late and plans to upgrade Cobo Hall have been stalled due to funding issues and the uncertainty that surrounded former Detroit mayor Kwame Kilpatrick. It remains to be seen if the brands skipped out on the show due to lack of new product or as a way to save cash in this time of economic uncertainty. Their presence will surely be missed.