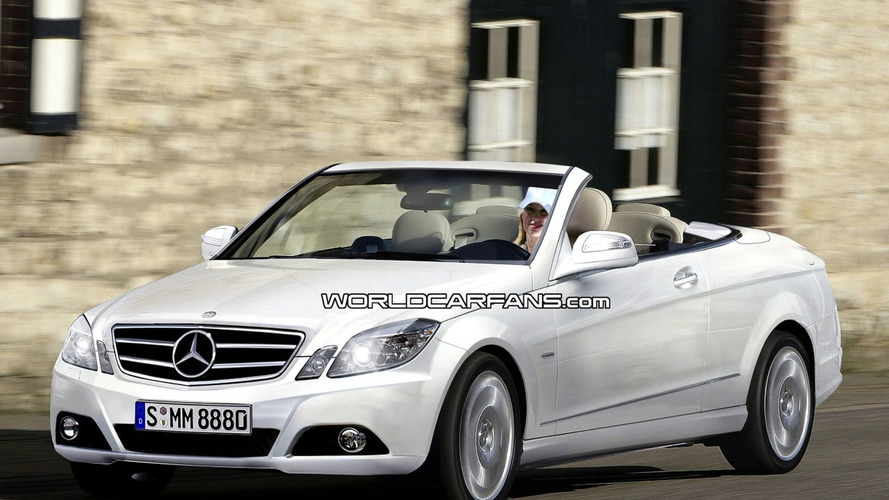 New artist's rendition of the Mercedes E-Class Coupe Convertible. With the spy shots that have been seen, this is likely a close rendition of what the production model will look like. The E-Class Coupe series, including this convertible, will debut in 200

As you know by now, the CLK has been morphed into the E-Class Coupe. You won't be seeing that production model soon, since it will likely first be shown either at Geneva in March 2009 or the Frankfurt Motor Show later next September.

But we've seen the spy photos and now here is an artist's rendition of what the final product will probably look like.

The E-Class Coupe cabriolet/convertible will feature a retractable hardtop, if we are to believe what we've seen in spy shots, as you cannot tell by this rendition.

It will also come with Mercedes-Benz's new Bluetec diesel with 204 hp and there will also be a 550 hp V8 AMG version. The rest of the lineup of engines for the E-Class are also expected to power this cabrio.

The new E-Class coupe variants will be based on Mercedes' C-Class platform, as was the CLK, but will be larger and feature more interior refinement to go with bump up in class.

You likely won't see this convertible until Frankfurt next year.