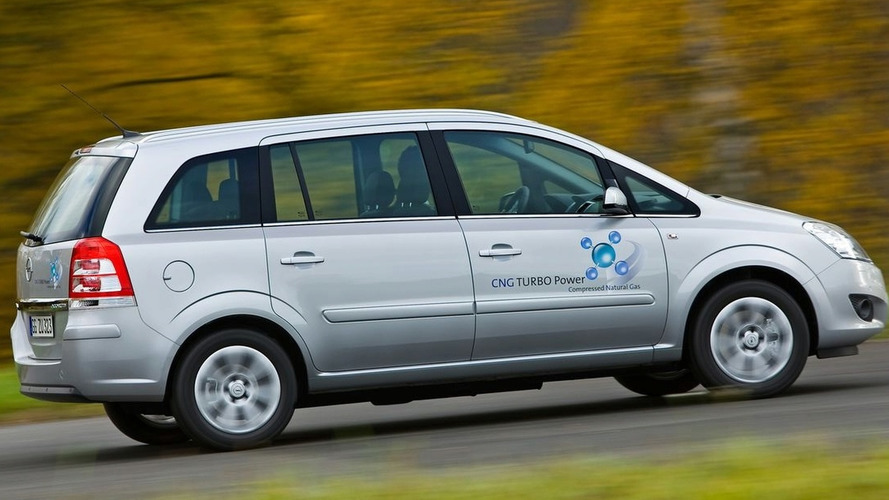 Necessity being the mother of invention, new technologies keep coming fast from the automakers, especially in these trying times. From hybrids, to full electrics, to natural gas.

This time it is Opel which has introduced the most powerful natural gas powered vehicle on the market to date. To do this with the Zafira in this segment makes sense, and Italy is a good place to trot it out, since it is the largest market for CNG cars (Compress Natural Gas).

The Opel Zafira 1.6 CNG Turbo will debut at the Bologna Motor Show in December. It is the first CNG turbo-charged vehicle in this segment and rates power at 150 hp/210 Nm of torque with a top speed of 200 km/h.

The cost of running on natural gas is about 50 percent less than a comparable petrol model, according to Opel, but that does depend on where you live, what the local prices are for natural gas or bio-methane and what tax breaks your government provides. But still, natural gas is a cost-friendly proposition in any case and this Zafira brings performance and range up to a petrol/gasoline engine level of comfort.

The Zafira 1.6 CNG Turbo can run on both natural gas/bio-methane and regular gasoline. It has a range of 370 km in CNG-mode with an additional range of 150 km from its 14-liter gasoline reserve tank.

But the fuel set up is rather complicated and one can be quite sure these cars are not yet profitable for automakers. This Zafira requires four separate gas tanks.

The Bologna Motor Show runs from December 5th to 14th.

The Zafira 1.6 CNG Turbo goes on sale in January.