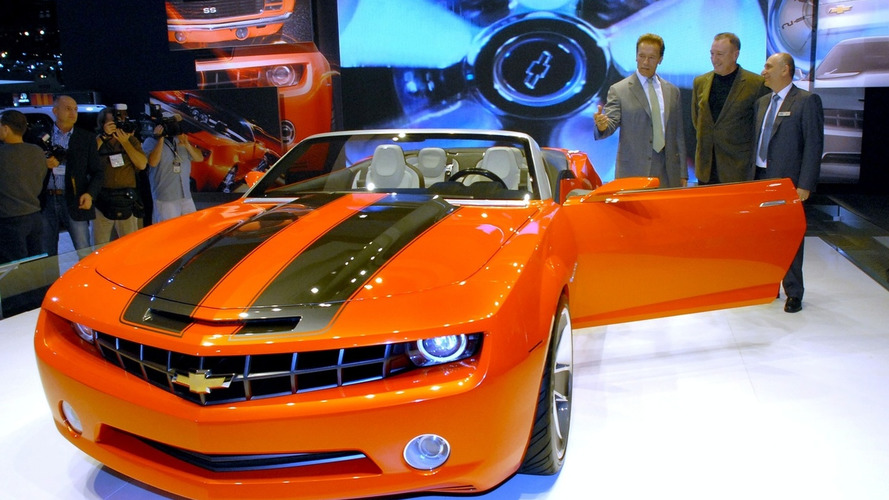 In another sign of trouble, GM cancels press events for L.A. Auto Show and will not unveil any new vehicles at the show. All new intros have been pushed back to the Detroit Auto Show in January.

You know an automaker is in trouble when they are canceling press conferences at auto shows. These are the kinds of venues where automakers are supposed to trot out their shiny, new products and rake in all the marketing benefits from the free media exposure.

But GM is in a dire financial situation and it will not be introducing any new models or holding any press events at the L.A. Auto Show. All new intros have been pushed back to the Detroit Auto Show in January.

GM will still be participating in the show and will put on display the extended-range including the production Chevy Volt, as well as several of GM's hybrids.

GM is in the worst position of the big three Detroit carmakers, all of which are facing an unprecedented threat of financial ruin and bankruptcy. Ford still has enough cash on hand to see it through 2009, which will be one of the toughest years in the automotive industry in the US in a long-time. But GM may run out of cash by mid-2009 if they do not receive a bailout package from the US government.

All three US automakers are lobbying Congress and the Bush administration for a bailout package. GM says it cannot wait for the Obama administration to take office and that it urgently needs money in the form of guaranteed government loans before then in order to avoid insolvency and possible bankruptcy.

The automakers are asking for an emergency fund of 25 billion US.