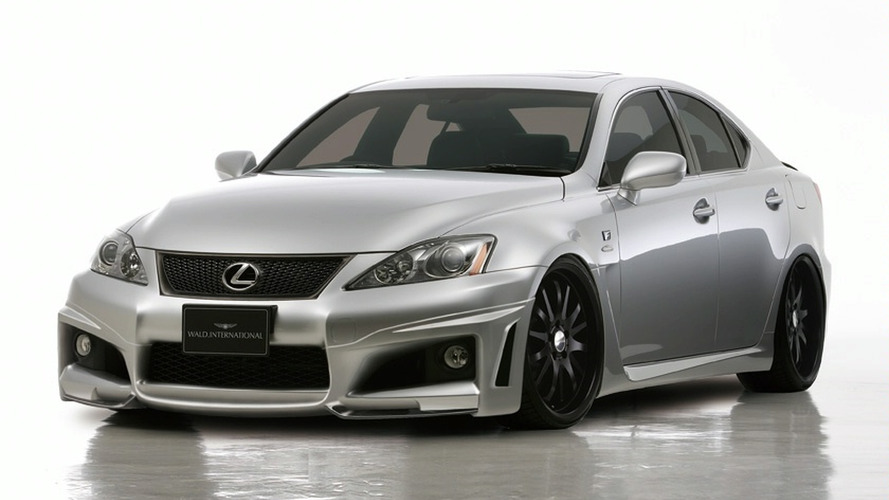 A new slew of updated pictures from Wald International show IS-F in very aggressive mood. Much more so than it was back in June in fact.

Wald International has updated its styling kit for the Lexus IS-F, which in itself was pretty awesome to look at in the first place. Previously shown in a very aggressive tone back in June, the Wald-style was authoritative yet Lexus still in its approach.

New pictures are out now, showing some changes. The new look is more agro, with larger front intakes, wider side-sills which flow to the rear skirt, dual lower splitter and the usual Wald shark-gill extractor vents placed behind the rear wheels.

Rear diffusers have become commonplace and Wald did not take the road less traveled as far as this is concerned. A diffuser puts balance between the four rather cozily-coupled tailpipes and acts as downforce agent along side the rear wing.