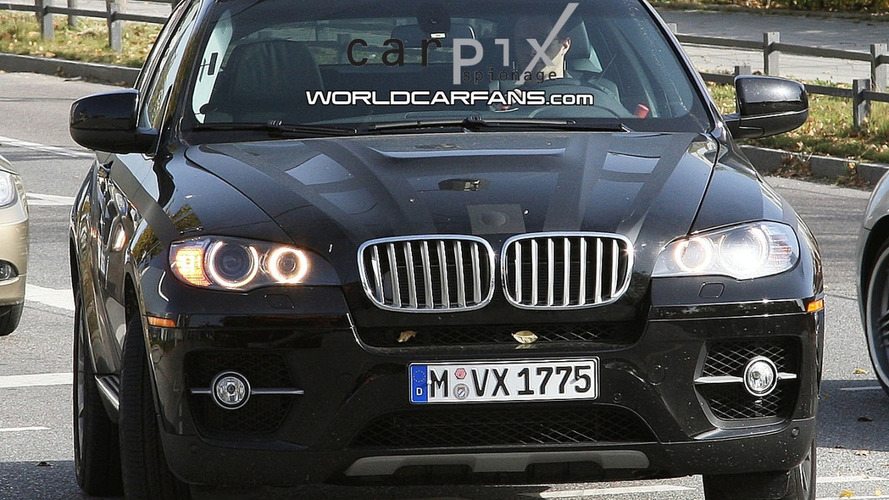 BMW is counting on Americans, currently the world's largest consumers of mobile metal, to retaliate against oversized SUVs and their associated fuel bills by getting into the X6. X6 Active Hybrid that is, when it goes to market in 2009 after its public unveiling at Detroit International Motor Show in January.

These are the latest pics of final stages of testing. The car will use a Two-Mode-Hybrid-Concept which is a two-electric-engine concept that BMW says will be able to run 100 percent on electric power. You can see the upsized power dome bulging at the front to tell this X6 ain't exactly standard issue. A saving of some 20 percent in fuel is expected from the X6 Hybrid.