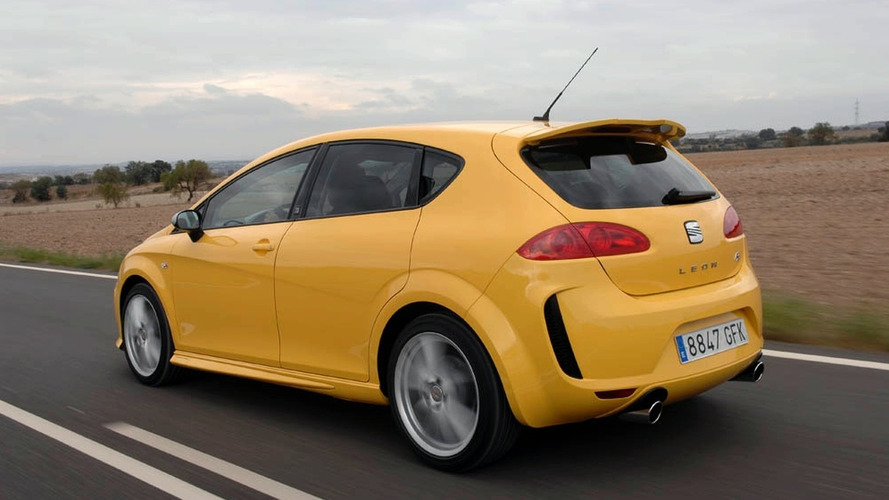 Despite market turmoil at the moment Spanish brand SEAT shows it's spirit with the release of the sporty Leon Linea R model.  The Leon Linea R is distinguished in a number of ways from ordinary Leons, which I'll get into later, as it borrows inspiration from the World Touring Car Championship in which SEAT had been quite successful.

Outside it features a supersized honeycomb air intake, new bumpers, side vents, an exclusive central grille, chrome encased side mirrors, Linea R logo on the B pillars, large brake discs for the 225 /40 R18 tyres and a rear bumper that is wider than normal, under which the twin steel tailpipes make a no-nonsense statement.

Differences inside are obvious too: nice leather gear knob with "SEAT Sport" logo, aluminium foot pedals and a new leather steering wheel among others. Goodies installed at request are the 6.5-inch colour screen for sat nav, 8 speakers, USB and iPod connections.