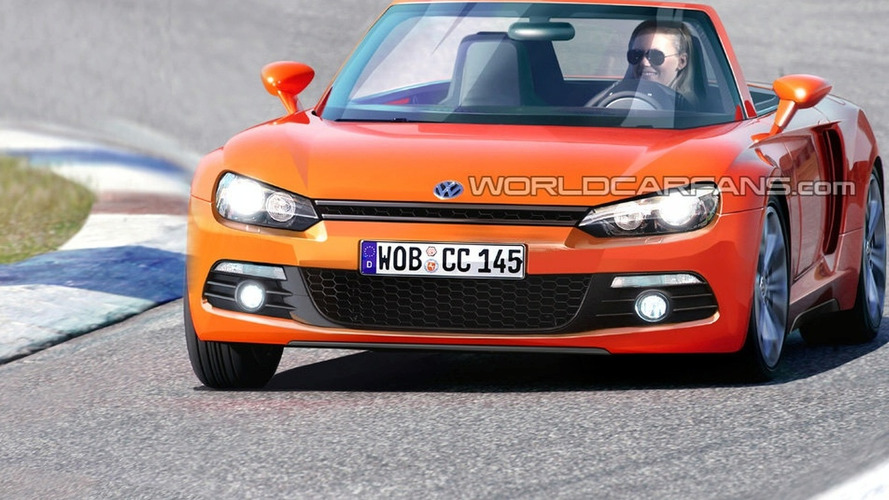 VW announced it will delay intro of its new mid-engine roadster until the Detroit Auto Show in January.

It's been a long time since the VW Concept R debuted at the Frankfurt Motor Show back in 2003. Not that this new roadster is necessarily based on that concept. But now, five years later VW announces they are ready with their new roadster, or not quite.

VW has pushed back the introduction of the model from the L.A. Auto Show taking place later this month to the Detroit show in January.

And maybe a sign they still aren't ready is that the car is currently not yet named, unless they are going to simply call it the VW Roadster.

VW's affordable mid-engine roadster is meant to compete with the likes of the Toyota MR-2 and the Lotus Elise. Its design is based on the new Scirocco but its construction shares a platform with the Audi R8.

The new roadster will come styled as both a coupe and a cabriolet and VW hopes it will be an "image booster". No news yet on when or whether Audi will pick up on this platform for its own premium version.