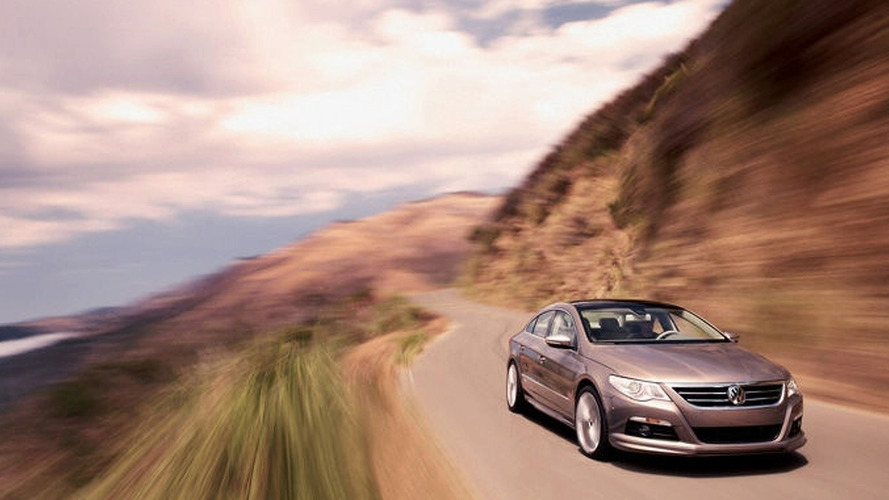 The term Goldcoast no doubt comes from the German term Goldküste, which is used to refer to the wealthier neighborhoods in a coastal setting. In the U.S. it is probably taken to mean California. And why not? Who wouldn't want to take a drive down the Pacific Coast Highway in something like this.

VW has tried over the years to take its brand a little up-market. They did so with models such as the Touareg and the Phaeton. This did not always make business sense, since they brushed up against their own Audi premium brand and consumers were a little taken aback about the price tags on what are supposed to be the "people's car". But the cars were great and critics appreciated them.

So VW's latest offering to confuse our sense of their humble roots is the CC which they have taken to SEMA to show off their lux credentials.

And the highlights aren't just the paint job to tie into the "gold" theme. Using DuPont's Pepe Pepper in a tri-coat mix of brown, gold and silver tones the car looks its name. But it is also a real sports sedan, with interior finish names like Latte Machiatto, 19-inch wheels in propeller form, and the engine beneath the bonnet to provide the proper boogie.

The Passat-based CC Gold Coast Edition features a 3.6 liter FSI engine with 280 hp and 265 lb-ft (360 Nm) of torque, married to the VW Group's DSG twin-clutch 6-speed automatic gearbox -- a respectable amount of power for such a mid-sized sports sedan.

That 3.6 liter CC will see the streets. But this Gold Coast Edition is eye candy only.