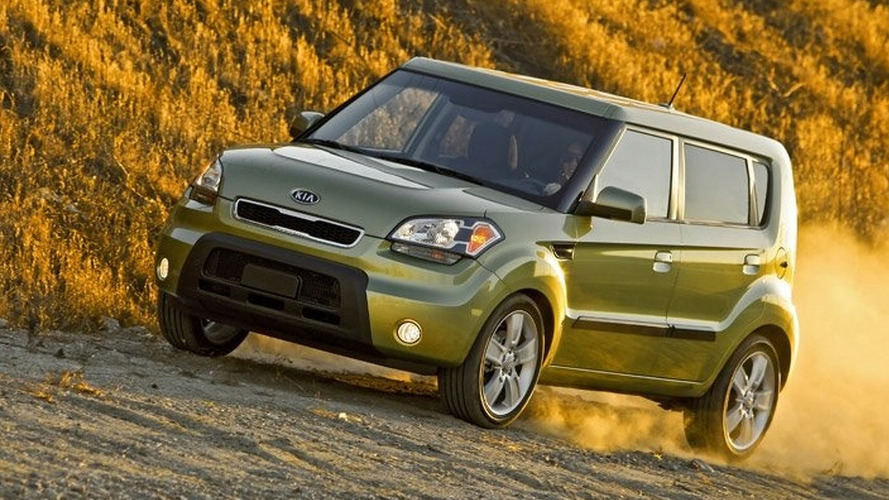 First peak at new Kia crossover the Soul leaked ahead of U.S. debut at the L.A. auto show. The U.S. spec Soul will come with a 2.0 liter/142 hp gasoline engine and goes on sale in April 2009.

The U.S. spec Kia Soul is slated to make its debut at the L.A. auto show later this month but someone decided to give us a sneak peek first.

The Soul had its world premier earlier this year after the production version was seen at the Paris auto show in September. The new crossover model from Kia has several engines in its series that come from the successful Golf-challenging C'eed, including a 1.6 liter gasoline and a 1.6 CRDi diesel, both with 126 hp.

But the U.S. version will come solely with a 2.0 gasoline with 142 horses and none of the Newton-meter power of a diesel that can make these compact "lifestyle" vehicles more powerful than they look. U.S. consumers will have the choice of either a 5-speed manual or 4-speed automatic transmission for the U.S. Soul.

Some Canadian customization specs are available according to kia-world.net but no news yet on whether the same options will be available in the U.S.

Kia intends to produce about 136,000 units per year of the Soul at their Gwangju manufacturing plant in South Korea. 50,000 of those are slated for the U.S. market.

The L.A. auto show takes place from November 21st to the 30th.