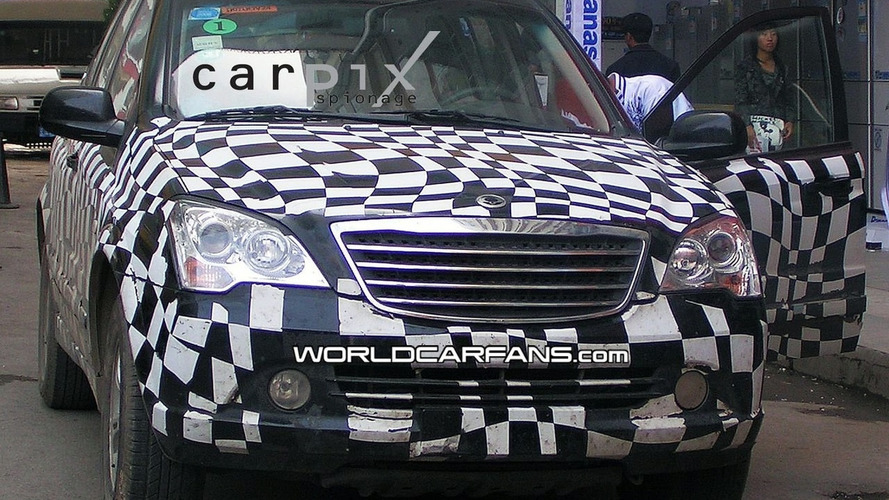 Spied here is the new Kyron-based SUV coming in 2009. For Europe the Chinese owners of the Roewe/ Rover brand may put an MG sticker on it.

We have attained the best spy pictures of the new Roewe-made SUV from China, which could be badged an MG for the European market when it arrives in 2009.

The SUV will be based on the Ssangyong Kyron but differs noticeably from the Korean flagship. Front end is different for instance, rear has also been changed for a visually-attractive rear end. Well, relatively anyway. The roof spoiler hangs tough so that must have been a favourite with the new designers.

Engines would be carried over from Mercedes-Benz/SsangYong alliance too with both the 2.0-litre and 2.7-litre diesels making the range. Tough economic times have probably affected research and development budgets for most companies, where they existed in the first place, therefore don't be alarmed by this blatant lack of engine power. Roewe will do well to invest in modern power though, Euro emissions rules are quite strict on automakers who darken the skies.