Yet More Details on Aston Martin one-77 Supercar Surface 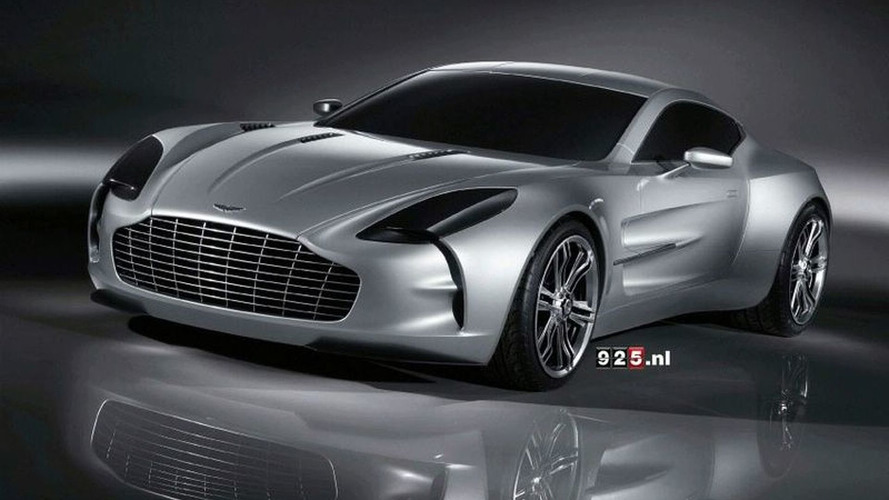 Aston Martin's One-77 super car was confirmed as a 7.0-litre bearer by Aston CEO Dr Ulrich Bez in the car's promotional video. The second technical target was 700 bhp which Bez also said was likely as he emphasized the "art" and experience of One-77 more than its performance figures. It is an Aston Martin after all, and 0 - 100 numbers are but lower down the requirements list.

"It's not all about power or being in a performance race with Bugatti," said Bez. "It's a fabulous, hand-built car that's the pinnacle of what Aston Martin can achieve."

We now have dimensions of the next hypercar from Britain. Measuring a Nile-wide 1990mm in width, the One-77 is obviously planted to squat almost provocatively close to the floor, at 1223mm close in fact. Length is pegged at 4576mm, making it shorter than the 4700mm DB9. It weighs a momy-sedan-beating 1500kg largely due to a carbon fiber bodyshell to be made in the Midlands and body panels fashioned out of aluminium.

Price-fitting appointments are a foregone conclusion as owners will be able to personalise their One-77s to a tee, thus making them even more exclusive than they already will be. How much more exclusive can you get at only five UK examples and six for the US? Well, how about Veyron-matching £1.02 million? Ouch! No sales have been confirmed yet but "100 expressions of interest" have been received.

Gallery: Yet More Details on Aston Martin one-77 Supercar Surface