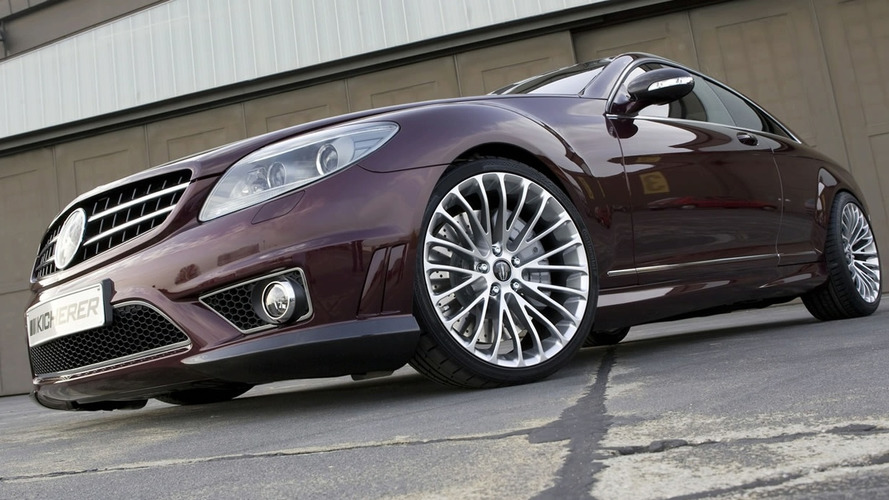 Kicherer has realised the value of absolute power by putting in some outstanding work into a Mercedes-Benz CL 65 AMG. The car is Benz's finest work as far as the coupe body type is concerned, already sporting a nice 612 hp/ 450kW V12 of two turbos and 1000Nm. Kicherer was never going to be satisfied as any power-hungry world car fan would know, and so decided to up the game a little. Later on that.

For the exterior they chose a few changes, headlined by 9 and 10 x 20" Kicherer RS-X lightweight wheels, carbon fiber mirror shells, rear diffuser, front grille and front apron whose deflector is also of the black light stuff. The exhaust system is a mirror-finished affair with four tailpipes, and supposedly makes the most glorious of sounds.

Inside as expected the CL 65 receives velvet glove treatment, from the alcantara ceiling, carbon intarsia, to the nappa leather seats, and handmade hand-worked shag pile carpet for the back. And now for the numbers you want. Kicherer has managed to squeeze out 38 more stallions out of the engine to give it a well-rounded 650 hp/ 486kW and oak-pulling 1200Nm. A rear diff lock helps plant it firmly on tar. For that you get 0 - 100km/h in 4.2 seconds and a limited 320km/h for your top end.