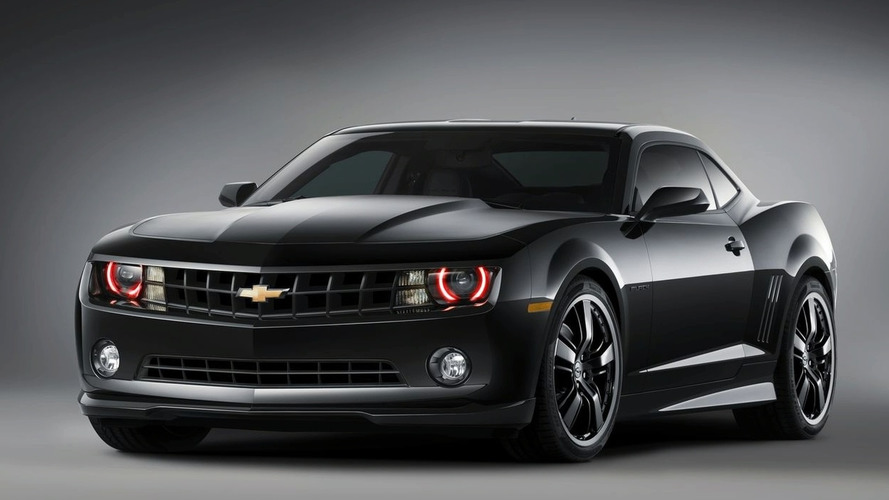 Chevy's pony car storms into SEMA with four modified concepts on the display stand, hinting that the resurrected pony car is truly ready to go racing or cruise the streets and highlighting the modification possibilities of its bold new look.

Chevrolet's 2010 Camaro will naturally be making a stop at SEMA during its long march back to production. The new pony car will be on display in stock trim, and Chevy's also bringing four modified versions to exhibit alongside the new and old Camaros that will be in attendance.

The V6-powered Camaro Black concept which was shown in teaser videos a few weeks ago will be in attendance, of course. It will be accompanied by the crate engine-equipped, 500-horsepower Camaro LS7 Concept, which has been outfitted for drag racing in the spirit of the Yenko Camaros of the 1960s. A road-racing Camaro has been envisioned in the Racecar Concept, suggesting that the Camaro could soon be doing battle on the track with its old rivals. Lastly, Dale Earnhardt, Jr. was allowed to express his love of all things Camaro with the Camaro Dale Earnhardt Jr. Concept, which has been tweaked to run on E85 and modified for entertaining street cruising.