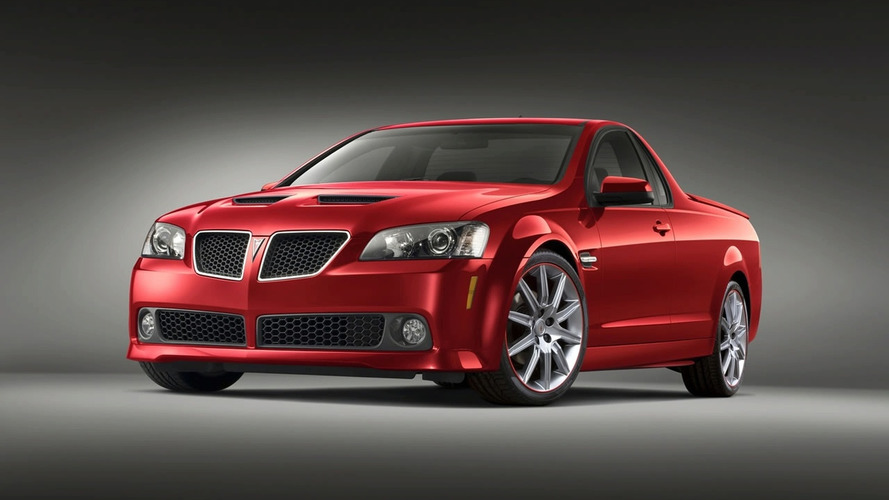 GM will be taking the G8 GXP Street Concept, the G8 ST Concept and the Solstice GXP Coupe Concept to SEMA, in an attempt to sprinkle some additional sexiness onto the Pontiac brand.

GM needs to seriously add some romance to its lineup if it is going to get out of the dire position it is in right now in the passenger car market. The Pontiac range is a good place to start and here GM has sexied up a few Pontiac models and delivered them as concept cars to SEMA, taking place in Las Vegas tomorrow.

The G8 ST concept is the El Camino of 2008. If 70s retro is your thing, then you might enjoy this low-rider, transport bedded version of the G8 ST concept. You can check out the press release for details but there is nothing remarkable except for the optics which you can see in the photo.

Third comes the Solstice GXP Coupe concept, with the same 2.0 liter, 260 hp Ecotec engine found in the factory model which this SEMA version here boosts to 290 hp with the addition of an air-intake performance kit. Here GM engages in some tuner styling worthy of seeing the streets.

But, unfortunately, none of these concepts are slated for production, which leads one to deduce that this is pure eye-candy marketing on the part of GM and that it has no intention of delivering anything unique to consumers or true supercars, in the form of this G8 GXP concept, capable of competing with European models.