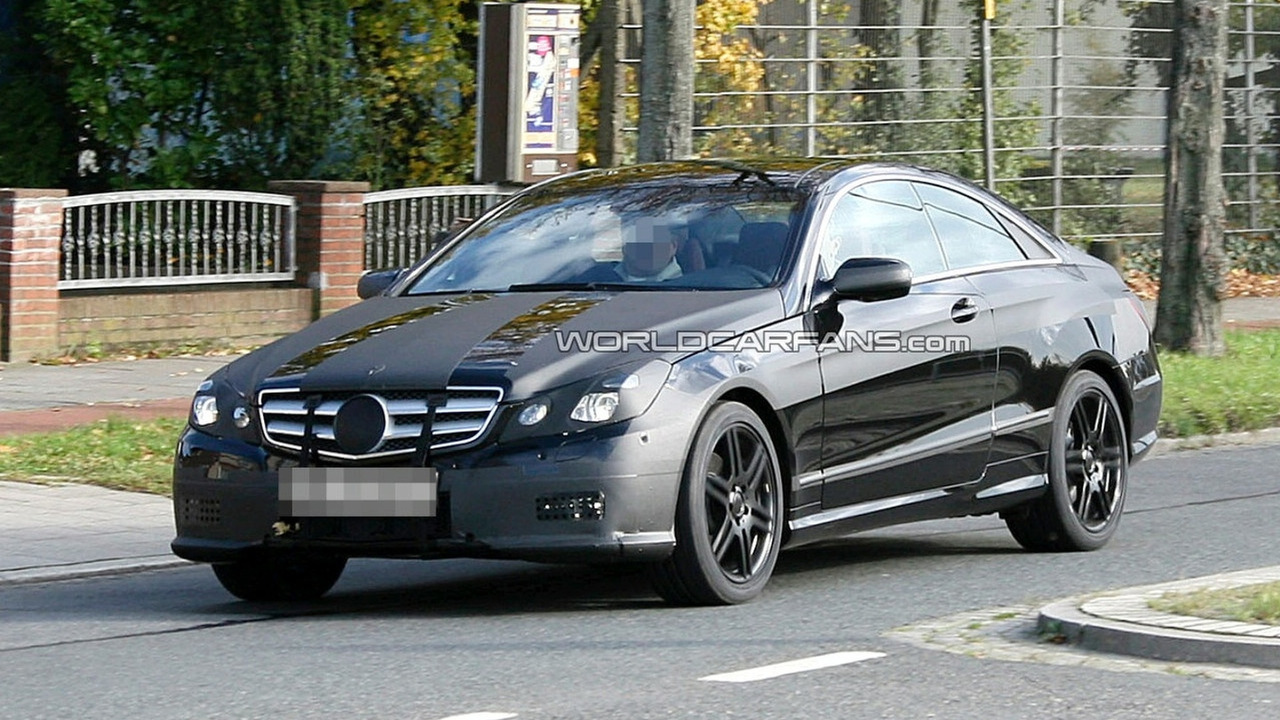 More spy shots of the coming Mercedes E-Class. This time it's a not very well disguised E-Class Coupe.

Here's another series of spy shots on the coming E-Class. These are of the coupe version, which will be a very important model for Mercedes since they have discontinued the CLK badging and essentially turned the CLK into this E-Class Coupe.

German automakers are very reserved in their styling and prefer the concept of (very gradual) evolution rather than revolution in updating models. This shot reveals that philosophy in action. But the car does appear to have a greater curve along the horizontal length of the body and a more muscular hunch above the rear wheels.

The E-Class Coupe will likely come with, amongst Mercedes standard lineup of engines, Mercedes' latest 204 hp turbodiesel Bluetec, an AMG version with the 550 hp V8, and may also include the BlueHybrid that Mercedes is developing.

The new E-Class sedan will be introduced at the Geneva Motor Show next March. Other variants, including this coupe, will likely only be first unveiled at the Frankfurt motor show next September.