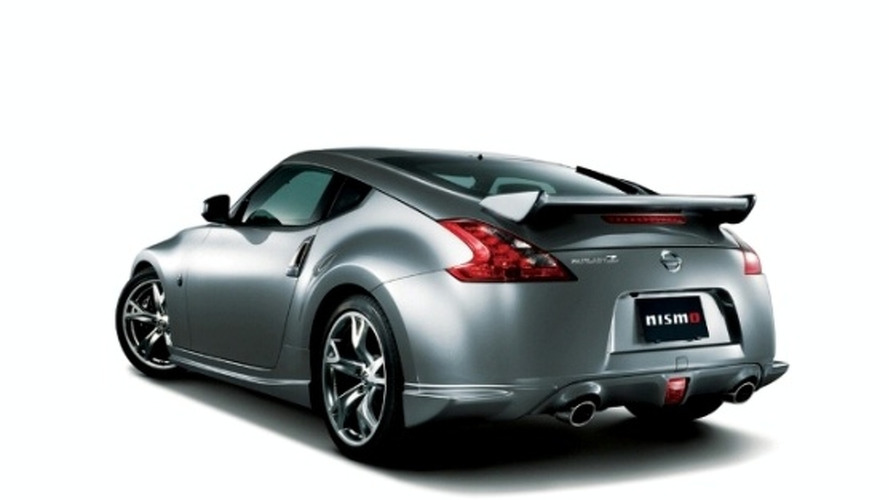 We get our first official peek at the new NISMO 370Z - the S-tune version of the Nissan 370Z. The new Nissan 370Z will be unveiled at the Los Angeles Auto Show in November.

This is what appears to be the first official image of the NISMO 370Z. With the recent 370Z reveal, it seems likely this visually amped-up version of it will also see the streets sometime in 2009 as well.

NISMO is Nissan's own tuning division, with the name derived from NISsan MOtorsports. Details are few about what tuning features it will have but you can get an idea here with what NISMO did with the previous 350Z.

The new Nissan 370Z will feature a new 3.7 liter, 330 hp engine, which adds 30 additional horses in output compared with the 300 hp of the 350Z. The NISMO 370Z will come with lots of additional exterior bells and whistles but no news on whether NISMO will offer any additional horses, which the last NISMO 350Z did not.