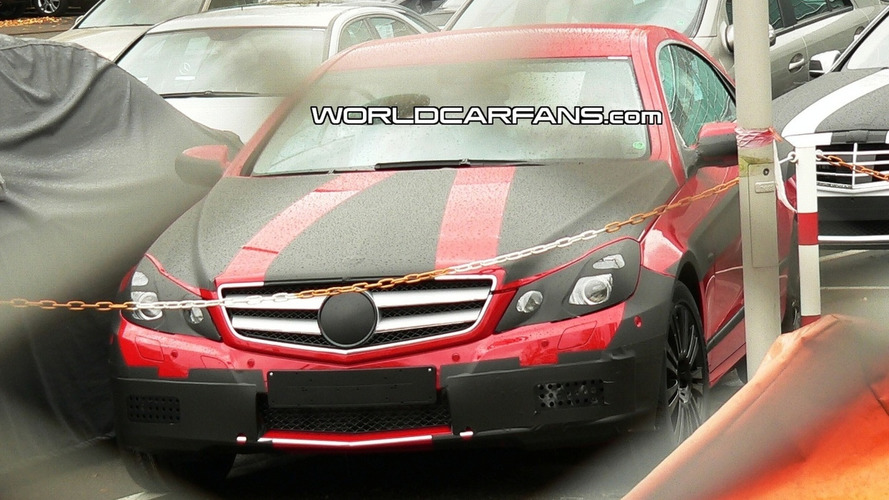 Mercedes' next E-Class coupe, expected to replace the CLK, is seen in spy photos with minimal camouflage and clear interior shots.

More spy photos of the 2010 or 2011 Mercedes coupe have surfaced, showing the CLK replacement's slick lines and updated instrument panel. This red coupe's light camouflage hides only the shape of the new headlamps; the larger, C-Class Sport-style grille and dramatic, CLS-like rear backlight are clearly visible. There appears to be enough rear seat room that the E-Class coupe will still be a true four-passenger coupe.

Inside, the new dash shows a sport three-gauge pod and a revised center stack that's less complex than Mercedes' current setup. There's still a lot going on, but the navigation system's information screen has been moved up to the top of the dash, providing better visibility and a less cluttered appearance.

No longer named CLK, the new generation E-Class coupe, although still based on the C-Class platform, is expected to arrive in 2009 with the C207 designation. The E-Coupe convertible (A207) will follow a year later with a retractable hardtop unlike the current C209's soft top.