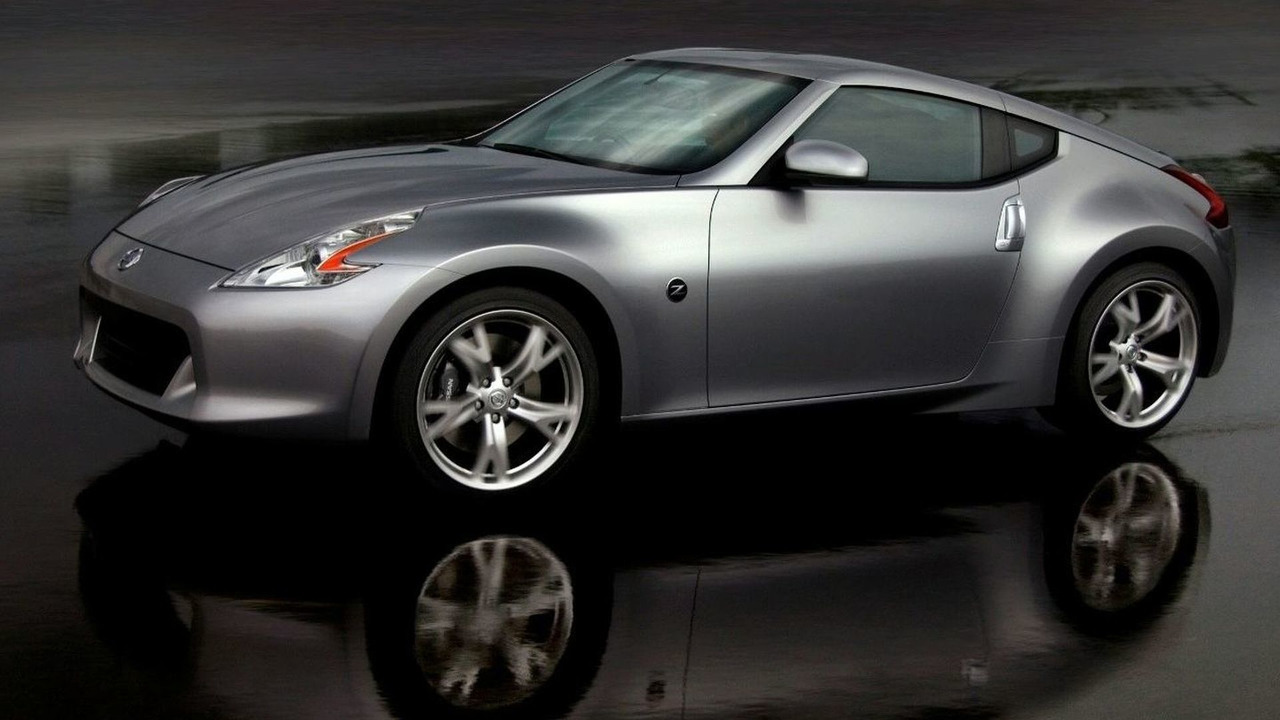 First undisguised factory photos of 2009 Nissan 370Z released prior to the car's debut at this year's Los Angeles Auto Show.

The last teaser shots have dropped, and Nissan has finally revealed the 2009 370Z in full, roadgoing trim. We’ve got interior and exterior factory shots, and it’s clear that for its first full redesign since its 2003 introduction, the 370Z is going a bit retro. Just as in the images that were leaked this spring, the new car strikes a handsome balance between the classic long-hood, short-deck look of the original 240Z, while maintaining the taut lines and intricate lighting of current Nissans. The new Z’s interior keeps a similar layout but gets a stronger, more modern look with taller central gauges and a large central information screen similar to those in other Nissan/Infiniti products.

The name change hints at the reported 330-horsepower 3.7 liter V6 under the hood. The 370Z is also reportedly shorter, wider and lighter than the outgoing car, so the power increase will be put to good use thanks to the agile, all-new platform underneath.