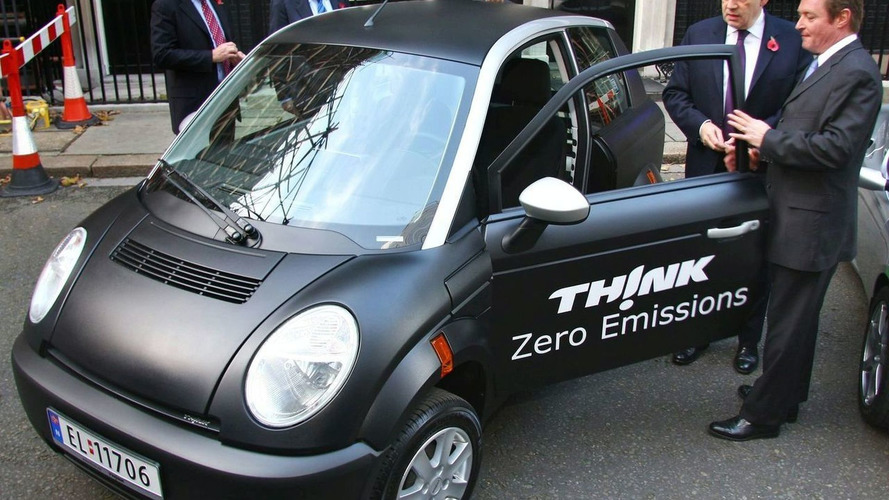 The Government invited a range of electric vehicles to Downing Street yesterday, among them the TH!NK city, following the announcement of a new £100m funding package aimed at encouraging the mass marketing of such electric vehicles. Prime Minister Gordon Brown joined Transport Minister Geoff Hoon for a presentation by Managing Director of Think UK, Richard Blundell, of the all-electric TH!NK city electric vehicle (EV).

The funding will be channelled through to companies via a series of competitions organised by LCVIP over the next five years, a government-established body aiming to boost economic growth and quality of life via the promotion of development and innovation into new technologies. The board is sponsored by the Department for Innovation, Universities and Skills.

Speaking about the government's £100m investment, Geoff Hoon said: "Electric cars and other low carbon vehicles, like plug-in hybrids, cut fuel costs and reduce harmful emissions. If we can inspire more people to use them, it will help us to make a positive impact on climate change."

Utilsiing recyclable plastic panels, the TH!NK city can clock up over 180 km (or 112 miles) of city driving from a fully-charged battery, which charges overnight from a conventional power socket. Performance can only be considered sluggish outside of cities, able to reach a top speed of 65 mph and with acceleration to 30 mph in just 6.5 seconds and to 50 mph in 16 seconds. Exemptions from road tax and London congestion charge add to frugality.

There are unfortunately no comments from Brown or Hoon on their first impressions of the new electric vehicle, but nonetheless don't expect the TH!NK city to be too frequent a sight on Downing Street.

Produced in Norway and already available in its home market, the new TH!NK city EV will arrive in the UK sometime next year.