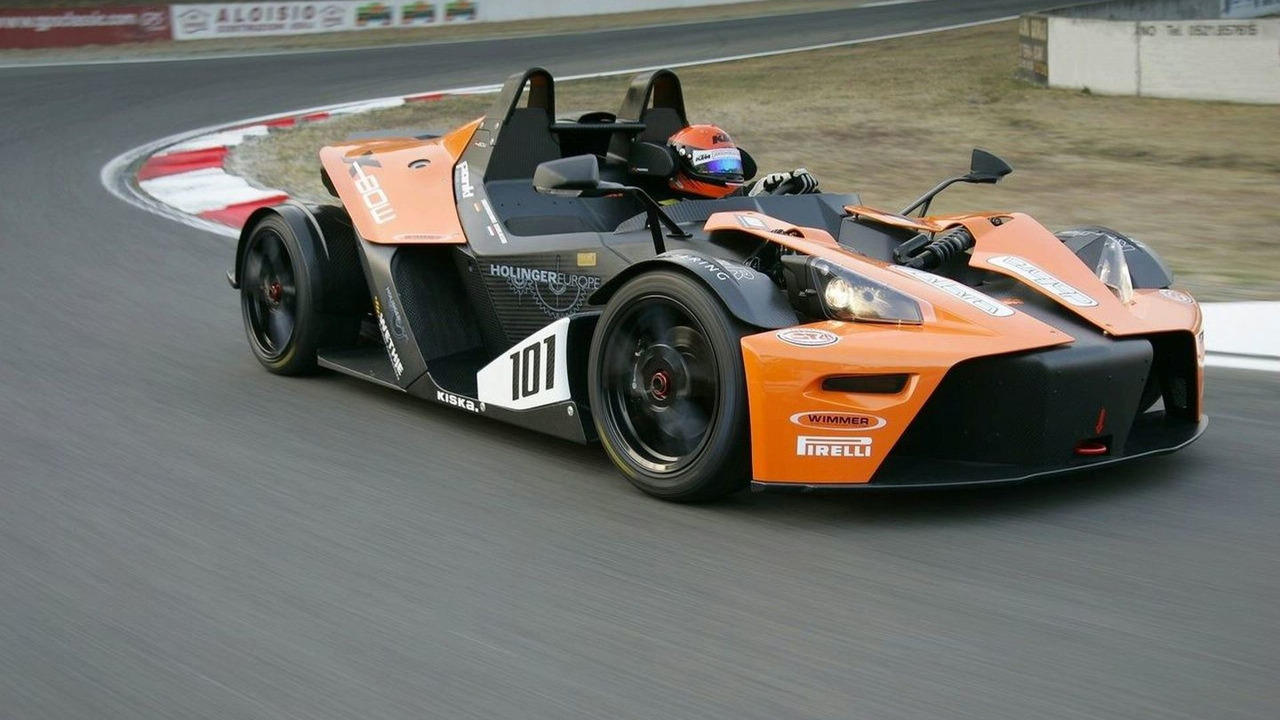 The KTM X-Bow is officially ready to go racing with the introduction of a "Race" model, now on sale starting at EUR 82,900.

The fabulous KTM X-Bow is officially ready to go racing for real. KTM has introduced an FIA-homologated “Race” version of the ultralight roadster that’s upgraded based on KTM’s experiences this past racing season. Pricing starts at €82.900; customer deliveries start in January ’09. The X-Bow trounced the competition in the GT4 European Cup series, taking the top three places in the Sports Light class as well as helping Christopher Haase to claim the GT4 Sports Light title.

The X-Bow took on other lightweights in GT4, including Lotus and Donkervoort, and the experience resulted in about thirty modifications to the road car that are incorporated into the Race version. Most of the changes are safety-related: steel rollbars replace the aluminum ones, the mudflaps are extended, and there’s additional side-impact protection both for the exposed wheels and the driver’s compartment. A six-point harness, quick-fill fuel nozzle, dry battery and fire-suppression system are also installed. The X-Bow Race is built to the same safety standards as open-wheel and ALMS racers.

KTM also plans to offer a Customer Racing Service (CRS), which will provide a support crew, spares (excluding crash damage) and engineering support for any driver at the wheel of an X-Bow. KTM hopes to help make racing more accessible to owners, as well as increasing the popularity of and competition in the Sports Light category. KTM’s single-make X-Bow Super Sport Cup series is scheduled to start in Europe in 2009.