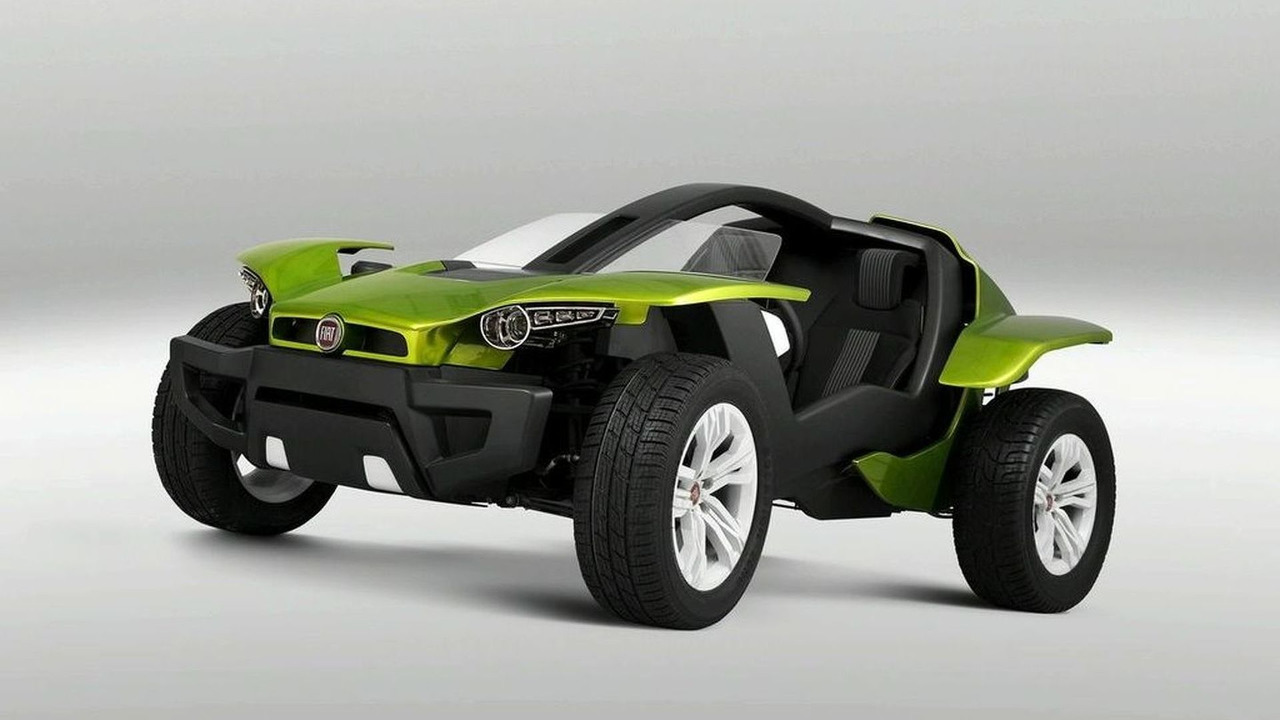 Fiat’s “Bugster” concept has broken cover at the Sao Paulo Auto Show in Brazil as expected, with one twist; its name has changed. As officially unveiled, this electric-powered dune buggy is known as the Fiat Concept Car (FCC) II.

Until now, the pictures floating around the web have been computer-generated, but these corporate shots show that the rendering was faithful to the real thing, from the metallic-frog color down to the exposed wheels and T-top that doubles as a roll bar.

Though it looks like it should have an air-cooled Volkswagen Beetle motor churning away out back, the FCC II is powered by a 59kW (about 80.2 bhp) electric engine. With 93 Li-Ion batteries on board, it’s capable of reaching 100 km/h. The spare body work (which is made from renewable, natural materials) keeps overall weight down to 980kg and makes the 255/55 R19 tires look even larger than they are.

The FCC II was designed at Fiat’s in-house engineering studio in Brazil. No plans for production have been announced.