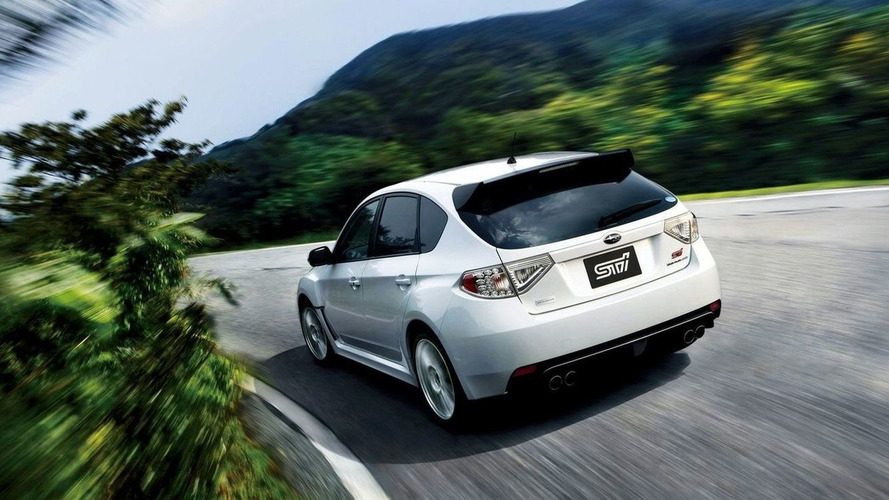 A special 300-units-only Subaru Impreza WRX STI 20th ANNIVERSARY is announced in Japan as a celebratory token for 20 years of STI. No major changes, just a few kit upgrades here and there.

Japan always gets the exclusive on those really special Subaru models, so I’m sulking. Ok, I understand, fatherland and all that, but come on, what about the rest of us in Australia, US, UK, Germany, Russia and others? Don’t we deserve a little special tender care? Now that we’ve gone through that little venting episode, how about the car?

Well it’s the special Subaru Impreza WRX STI 20th Anniversary edition, a car previously thought to be the forthcoming Spec-C WRX STi as it was confusingly revealed as the Takumi Concept in recent weeks. Nonetheless, it is intended for a limited run of just 300 units, only for Japan, to celebrate the STI’s 20th Anniversary. Time sure flies, to think it’s already been two decades since the first one rolled off the production line. Suspension is sportier, adding new coilover dampers, which should help stiffen up a car criticized for being softer than its previous sedan self. STI 20th Anniversary is differentiated from other STI by that black rear spoiler, flat black front lip spoiler, decals and 18-inch alloy wheels which are standard.

Interior is enhanced by cherry-red stitching on the tight-hugging Recaro bucket seats as well as an STI leather knob on the gear-shifter. Other detailing includes that red ‘engine start/stop’ button and STI’s 20th Anniversary badging on certain surfaces of the car. Buyers will be out 4,126,500 Yen (around USD42,000 or 32,500 Euro) at today’s prices.