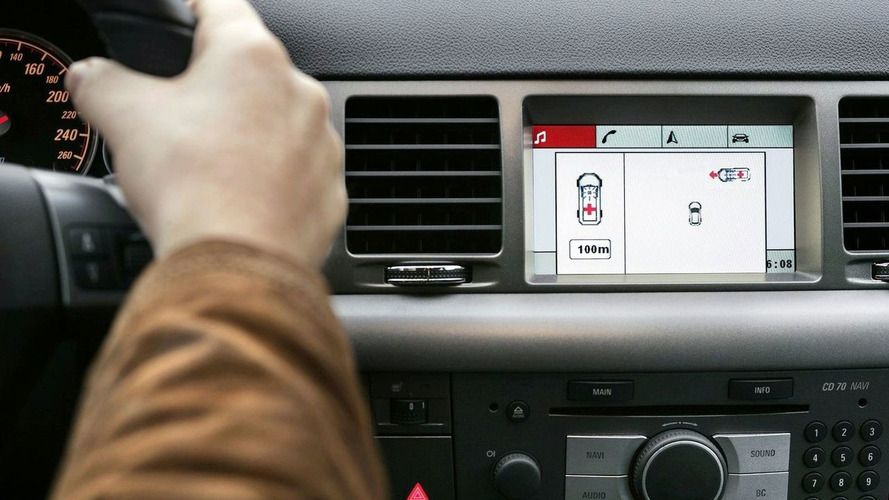 A new system, dubbed 'C2C' and developed by GM/Opel, conveys information such as location and speed to vehicles within a localised area to aid drivers in avoiding potential hazards caused by other vehicles on the road.

GM are demonstrating a new system in conjunction with Opel to aid drivers in avoiding potential hazards caused by other vehicles on the road. Dubbed 'C2C', or 'Car-to-Car' communication, the system allows vehicles equipped with this technology to communicate with each other and exchange information such as location and speed. Drivers can then be warned in advance if another vehicle is stopped in an area that is difficult or impossible to see, or about to enter the same intersection with a colliding path.

"Knowing where the other guy is and where he’s headed can be as critical as being in control of your own vehicle," said Hans-Georg Frischkorn, Executive Director, Global Electrical Systems, Controls and Software.

Presented by Opel at GM's Dudenhofen Test Center, Germany, the system utilises pre-existing technology, namely GPS and WLAN, to improve road safety. By monitoring other vehicles fitted with the unit and specifically their location, speed, acceleration and direction of travel, the unit's microprocessor can advise the driver on potential hazards, be that acoustically, visually or even physically by vibrating the driver's seat.

Scenarios previewed at the forum include the technology's ability to warn drivers of collision hazards when stationary vehicles are on the road in poor visibility, be it in poor weather conditions or on a windy country lane, as well as the application to warn drivers of approaching emergency vehicles or roadworks.

The development is purposely based on existing technology to reduce the cost of development and implementation. Frischkorn adds: "Our C2C systems are affordable and could potentially be used in every vehicle class. That’s especially important because cooperative systems like these become more effective when many vehicles are equipped with them.”