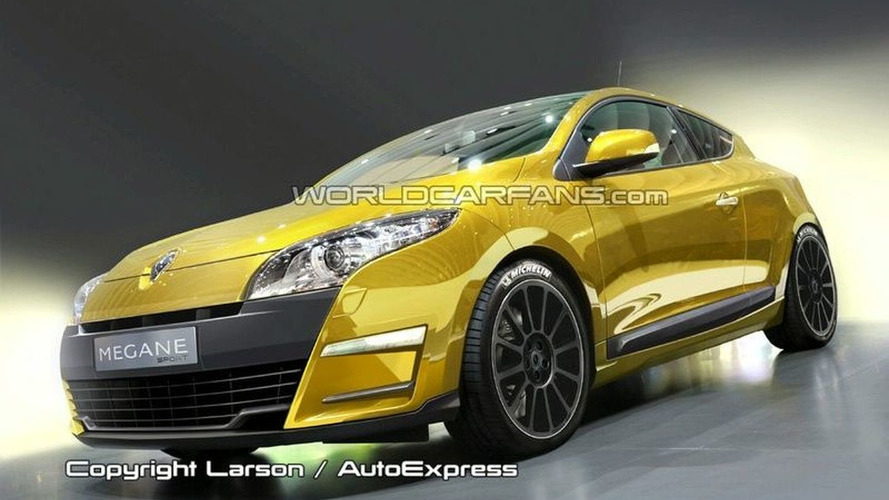 Now that we’ve seen the look of 2009 Mégane coupe, it may be useful to speculate as to what the Renaultsport 2009 Mégane will look like. It is after all, the flagship of the range and carries with it the hopes and dreams of Renault fans all over, looking to show it up to sales leaders like Golf GTI and Focus ST. Obviously based on the normal version, the RS gets rugged kit to separate it from your average mama’s car. It will use spoilers to good effect, like the deep front one for agro looks and the one central tailpipe, again for effect.

The good folks over at AutoExpress reckon UK pricing should be at about £20,000 when the car hits showroom floors in 2009. For that you get all that kit plus a turbo 2.0-litre firebrand of some serious talent, pushing its agenda through the front wheels. Figures are sketchy at this point, but we do see at least 230 bhp/ 172kW on tap, in line with current R26 and current competition. The car will also be lighter and more agile.

The 6-speed manual remains and potential buyers can choose between the traditional 3-door hatch as well as a 5-door ‘boy-stuck-inside-a-dad’s-body’ version. Limited slip differential will help pull off on those all-important stop to stop chases, with a 0 – 100km/h (62mph) time of just over six seconds.