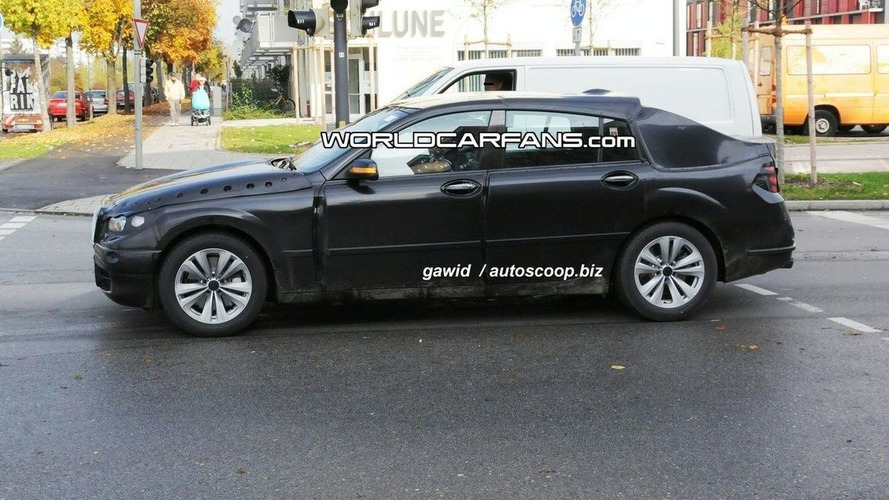 A new round of spy shots of BMW's 2010 PAS, or V5, crossover sedan has surfaced showing production taillights and hood lines.

Another round of spy shots of BMW’s Progressive Activity Sedan (PAS) has surfaced, revealing what appear to be production-ready front and rear light treatments under disguise. The car, which is expected to be a five-door fastback sized between the 5-Series and 7-Series that will debut as a 2010 model, has not yet been officially unveiled. It’s expected to be the first of a possible new range of BMW products, the V-Series.

The PAS--or is it the V5?--will sport “coupe-sedan” styling similar to that of the X6, with a more road-going stance. It’s expected to be a four-seater, also in the same vein as the X6, powered by BMW’s 3.0 liter straight-six in gasoline and diesel permutations. A more powerful 4.0 liter diesel V8 may be offered, and BMW has not ruled out the possibility of a hybrid version.

Underneath the camouflage in these photos, the final hood lines can be discerned, and the dramatically sloped rear glass will give this car a unique profile on the road.