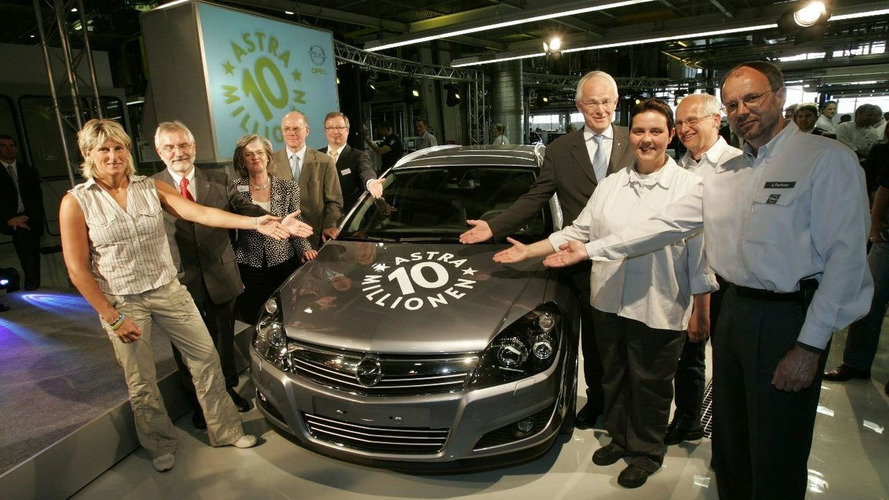 Its success is also a recognition of our expertise in the compact segment in which Opel has been playing a pioneering role since 1936 and the launch of the first Kadettilac.

In 1936 Opel began producing the now legendary Kadett (or as an old colleague used to say, Kadettilac) which was eventually succeeded by the Opel Astra in 1991. Yesterday, at the Bochum, Germany production plant the ten millionth Opel Astra rolled off the production line equipped with special feature to mark the occasion. The milestone Astra is a Silver Lightning Astra Station Wagon 1.7 CDTI.

The Opel Astra got its name thanks to the Vauxhall brand in England who had renamed the Kadett to Astra in 1980 already when the fourth generation of the Kadett was launched. Currently the Opel Astra is built in eight plants on two continents, namely Germany, Belgium, UK, Poland, Russia, Ukraine, Brazil and Serbia.