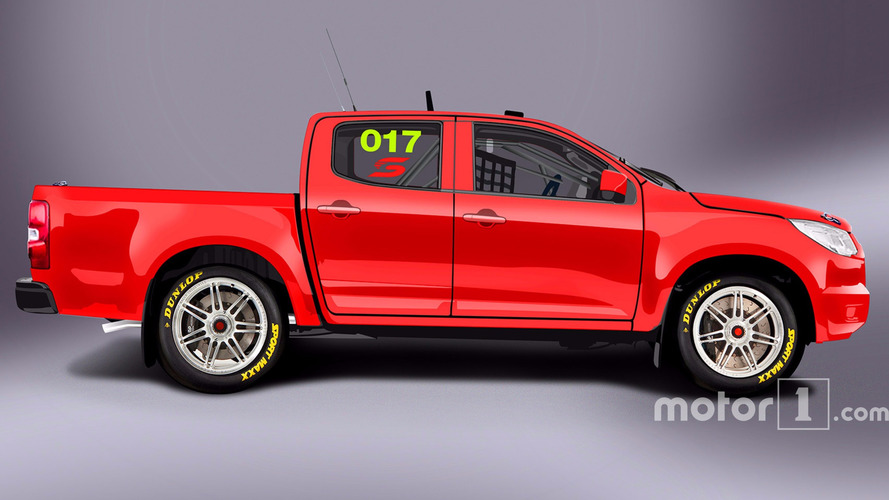 Supercars Australia will give the V8 Utes category a massive shake-up next season with the launch of the new SuperUtes series.

The SuperUtes will replace the current V8 Utes category, with the technical platform based on production turbo-diesel dual cab SUVs.

It will be open to all carmakers, with a statement from Supercars Australia claiming that ‘SuperUtes will be a key support category at selected, high profile Supercars events to maximise exposure for drivers, sponsors and manufacturers’.

“Utilising production based turbo-diesel dual cab Utes currently available for sale in the Australian market, SuperUtes will open the category to a variety of new manufacturers while still maintaining the spectacular and entertaining elements that make the category such a favourite with the fans.”

The outgoing V8 Utes series has existed in the same basic form since 2001, with lightly modified V8-powered Ford Falcon and Holden Commodore Utes – the road-going versions of which were once the traditional workhorses of Australian tradespeople, before an explosion in SUV sales saw the likes of the Toyota Hilux, Nissan Navara, and Ford Ranger begin to dominate that segment of the market.

The Category Management Agreement of the current format was taken over by Supercars Australia at the beginning of this season, after former CMA holders Australian V8 Ute Racing Pty Ltd went into voluntary administration.

The new SuperUtes category will run a partial schedule in 2017, with rounds at Townsville, Queensland Raceway, Bathurst, the Gold Coast, and Newcastle. The calendar will then be expanded for 2018.