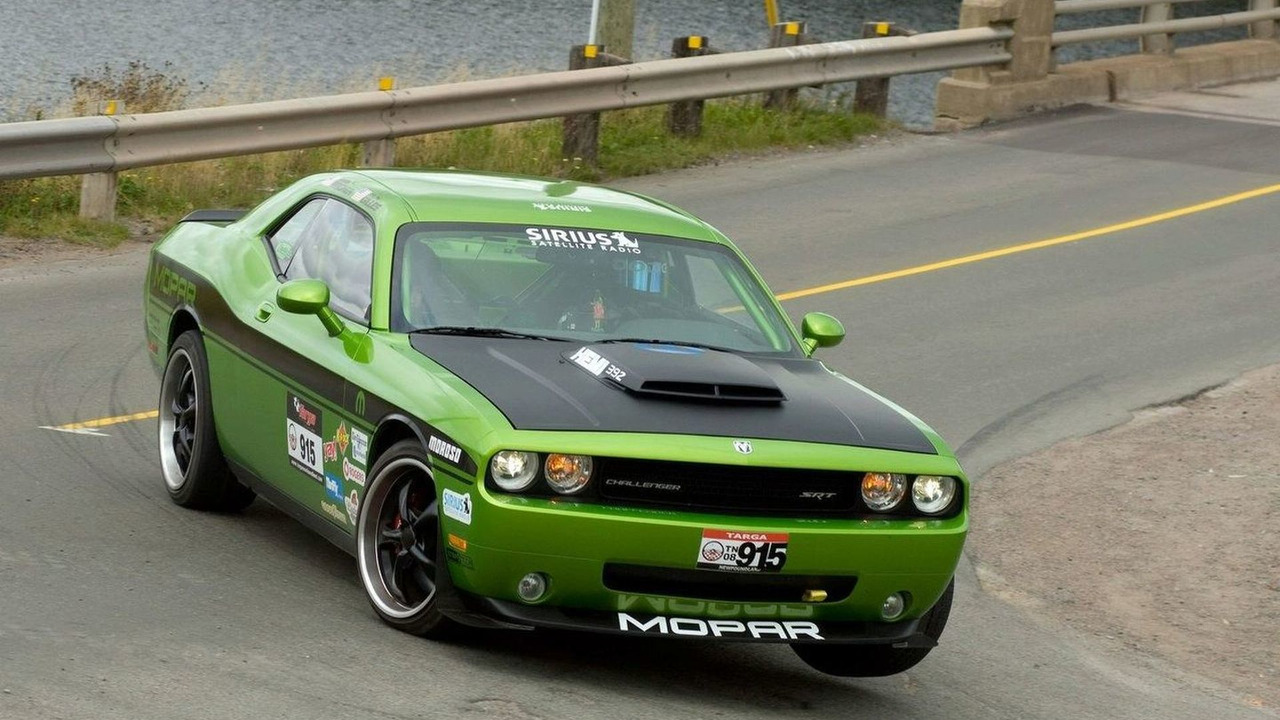 Fresh from a successful outing at the Targa Newfoundland, Dodge's Targa Challenger will appear at the 2008 SEMA show.

Dodge offered some sneak peeks into its lineup for this year’s Specialty Equipment Manufacturers Association (SEMA) show, one of the wildest of which was the Dodge Challenger Targa. Intent on racing up some racing credibility for the all-new Challenger, Mopar took the resurrected pony car to compete in the Targa Newfoundland.

Dubbed “Samantha,” the Challenger Targa started life as a Challenger with the Mopar drag racing package installed. A 540-horsepower, 490 ft-lb 392 HEMI crate engine was crammed under the hood, and it’s hooked up to a six-speed Tremec manual transmission. Power is transferred to the rear wheels through a modified 2009-spec rear end. The Challenger Targa features KW-developed brake and suspension upgrades from the Dodge Viper ACR, including 380mm brake rotors with six-piston calipers up front and four-pot calipers with 355mm rotors at the rear.

A coat of Snakeskin Green paint from the Viper palette was applied to give the Challenger Targa a unique look, and the car also features a Mopar scooped hood and chin spoiler designed to help keep the front end on the ground.

The car completed the 2200km race this September with Chrysler LLC Design Vice President Ralph Gilles at the wheel and co-driver Karen Wagner, finishing second in class and twenty-second overall.