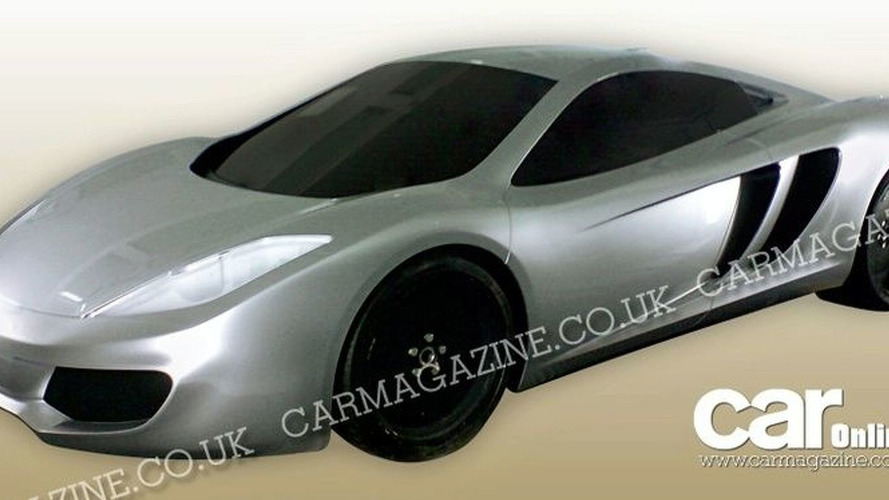 Renderings of the 2010 McLaren P11 supercar have been leaked for the first time. Details on engine power and other development information have also emerged.

With industry divorces and proposed marriages all over the show, it’s not surprising the move by McLaren and Mercedes-Benz to go it alone in each of their future projects. As we have been reporting for many many months now, Benz is extremely deep into its SLC super car development, and our several spy photos confirm this. McLaren is obviously not sleeping either, we’ve spoken at length about a car codenamed P11 from the Woking crew. Now for the first time, CAR in the UK say they have as close to production images as we have seen in these leaked images.

McLaren is known as a weight saver of note, so we are looking at a compact V8 motor to partner some lightweight chassis and bodywork materials. Mercedes-Benz, which still owns part of McLaren, would be the most obvious choice for engine partner and their 6.2-litre V8 is a distinct possibility, natural or force-fed. Problem there is weight and size, but targeted rivals Ferrari F430 and Lamborghini Gallardo would have also moved their game up by release date in 2010. Resulting horses will be along the 500 bhp lines, and if it weighs the 1200kg earmarked, it should make for a sub 4-second mechanical arrow.

This engine choice would also be quite a shift from the original McLaren F1 super car which packed a formidable BMW powerplant. There have been eyewitnesses who’ve seen the mule testing at Surrey’s Dunsfold circuit, and they reveal a swift runner with quick gear changes, suspected to be an F1-style sequential affair. The name McLaren is synonymous with motor racing, so we look forward to its future Nurburgring times.