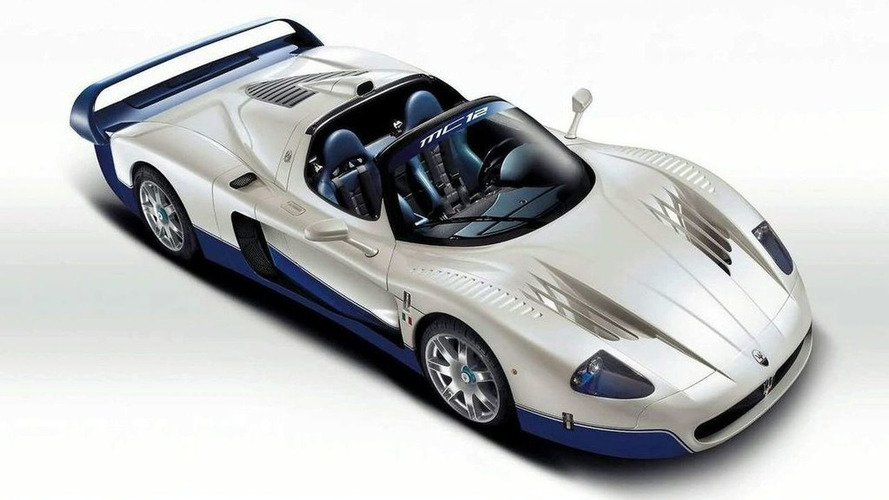 Every world car fan knows the name Maserati. Whether it’s from the old days we recognise the badge or from recent developments at the company, we are familiar with the Italian brand. The fact that Maserati is related to Ferrari by association has put even more pressure on the luxury sports car maker to deliver goods which, truth be told, have been in acute short supply in recent years. Until now. The Maserati MC12 has blasted itself into record books by claiming the “fastest production car around the Nürburgring” tag as its own.

Pitted by an MC12 owner himself against four natural rivals, namely Ferrari Enzo, Koenigsegg CCX, Pagani Zonda F Clubsport and Porsche Carrera GT, the car rose to the top like cream. You may wonder about the absence of other names like Veyron, McLaren SLR and Corvette ZR1, but you see the cars listed here are also owned by the same guy. He houses these exotics close to the Nürburgring. Being more of an enthusiast than a racer, he asked American Le Mans Series racer Marc Basseng to pilot the group.

The slowest time posted came from the CCX which also happens to be the most expensive car of the lot. Basseng figured the way its 901 bhp is delivered was the problem; exceptional in straights but not so good around corners. We recall Top Gear’s Stig had a similar issue with the CCX. Next up was the Carrera GT posting 7:28.71 which matched Walter Röhrl’s record time in the GT, set in 2004. Then came cousin Enzo with 7:25.21 but mechanical issues (failed electronic dampers on two occasions) forced the car not to realise its true potential. The Zonda whisked up 7:24.65, which is a far cry from Basseng’s own first attempt result of 7:27.82 in it back in 2007. But there the track was slightly wet. MC12’s 7:24.29 time is incredible when considering it was the heaviest of the group and not the most powerful either.

Although the Dodge Viper ACR is currently top of the pops when it comes to Nürburgring record, that car had a racing seat and other adjustments installed, while the Maserati is stock. Evo magazine was at hand to confirm the procedures as well as the times, so it appears MC12 is the new king of the ‘Ring.