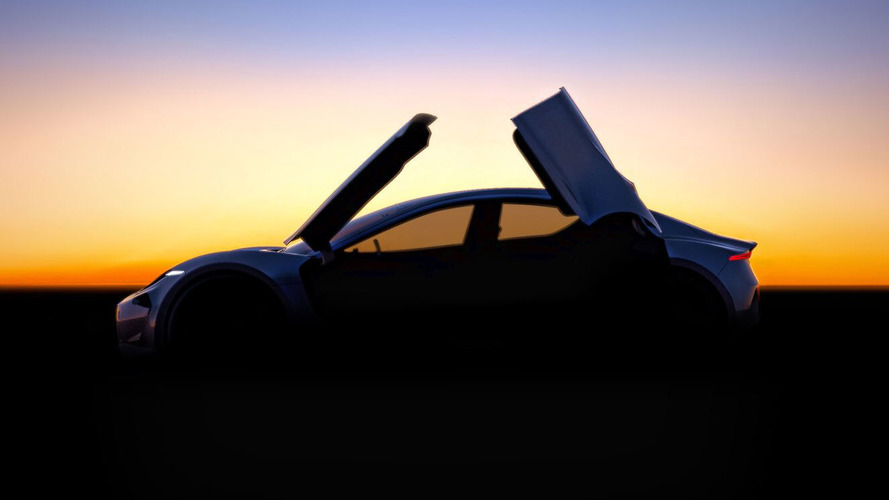 Turns out the Tesla Model X isn’t the only new EV with weird doors.

Fisker Inc.’s forthcoming car will have at least one wild feature designed to give it serious curb appeal: vertical-opening doors. In a teaser posted to Twitter, company founder Henrik Fisker showed off the fact that all four of the car’s doors will open skyward.

The ‘butterfly’ doors are supposed to make it easier to get in and out of the car. This also gives us a better look at the swoopy, futuristic sedan shape of the new Fisker, which we had heretofore seen only in a teaser sketch. In profile, it’s a rounded-off, sleek shape with a low nose and a prominent spoiler sticking out of its rump. The car will be made from aluminum and carbon fiber.

The new Fisker car doesn’t yet have a name, but it picks up where the eponymous designer’s Karma plug-in hybrid left off (before being rejuvenated as the Revero). Fisker says the electric vehicle will be a “premium” model with new battery technology to give a driving range of over 400 miles (644 kilometers).

Henrik Fisker told Bloomberg that the new car will be “sporty and spacious” and that, “it will definitely have some of my signature elements.”

Power will come from a new subsidiary company called Fisker Nanotech that’s said to use lithium in a novel way to produce more efficient batteries.