Lexus LF-A Rumored to be Priced Over $200K 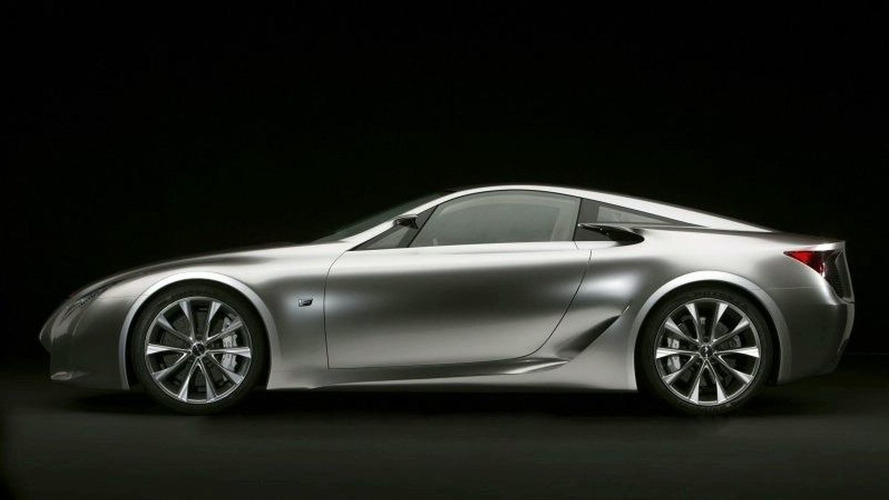 Lexus LF-A will be priced at Ferrari/ Lamborghini levels, meaning Toyota is leaving space for a main-brand sports car.

It may not be the most anticipated sports car of the decade, not in an M3 or Camaro type way. Yet the Lexus LF-A is one of the most important, possibly the most important in the history of Toyota. This because Lexus is the biggest luxury car maker in the biggest car market in the world, the US. And LF-A – both coupe and drop-top versions – would be its first real sports car, the type going after the old boys’ club of Lamborghini Gallardo, BMW M6, Chevy Corvette, Porsche 911 Turbo and Ferrari F430.

Probably for this reason is pricing rumored to be in the 200s. Yap, that’s USD200,000. Ben Mitchell, a corporate planning manager for Lexus was quoted by Inside Line as saying the car’s price “will begin with a two”. We take that not to mean USD20,000, although we wish it did. Someone else said over USD250,000 and this was a source in Japan. Should this prove true we are looking at a car chasing Ferraris and upper end Porsches, as well as Lambos in pricing. And if this is indeed the case, performance is then expected to match these names.

For LF-A, said to pack 500-plus horsepower in between its 5-liter V10 and over 200 mph, it means weight must not be an issue firstly. Secondly, handling needs to be top-notch, and as spy videos have shown, there is plenty work done in this regard already. Although quite high the speculated price, we are glad because it means the upcoming Toyota-branded sports firecracker will come in lower in price.

Gallery: Lexus LF-A Rumored to be Priced Over $200K