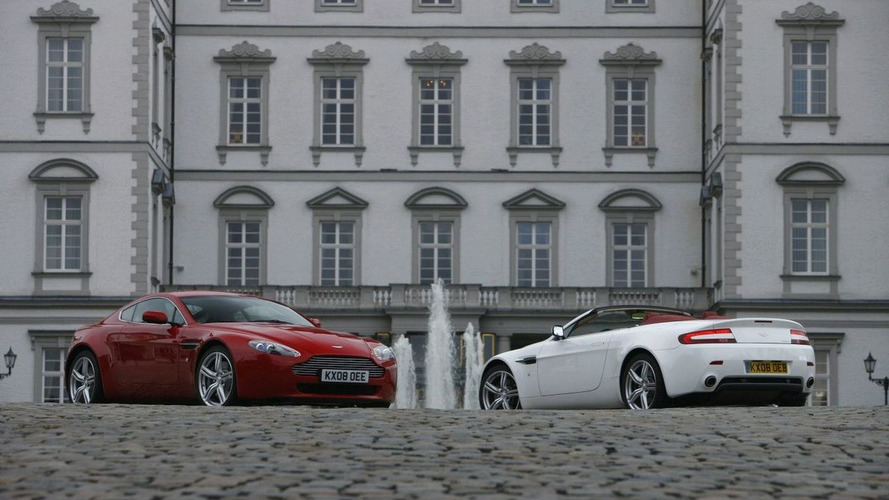 First introduced as a 2006 model at Geneva 2005, Aston Martin has just announced the V8 Vantage will receive a technical makeover. Normally, this upgrade could be considered as an early mid-cycle upgrade, better known as the “facelift”, however, besides a new range of standard and optional 19-inch wheels, there are no changes to the exterior, which is no surprise since the Vantage is as stunning now as it was when it was first introduced.

Designed and built by Aston Martin at their facility in Cologne, Germany, the 380hp 4.3-liter VH (Vertical-Horizontal) engine is getting enlarged to 4.7-liters making 420hp, an increase of 11% and torque of 470Nm (15% increase). 0-60 mph slight drops from 4.8 to 4.7 seconds and top speed from 175 mph (280 km/h) to 180mph (288km/h). According to the release, the increase in displacement is the result of new cylinder liners which are “pressed into the pre-machined aluminium alloy block, allowing a thinner liner than was possible with the cast-in design of the 4.3 litre engine. The new forged steel crankshaft provides the 91mm stroke and incorporates new holes in the counter weights for reduced rotating mass and improved inter-bay breathing. New forged steel connecting rods and cast aluminium pistons complete the capacity-related changes.”

Both manual and sequential (Sportshift) transmissions receive a 0.5kg lighter clutch disk and flywheel resulting in less rotating mass within the powertrain, and therefore greater engine responsiveness. Additionally, the Sportshift gearbox has received improvements to its throttle mapping software which allows for a smoother “Comfort” mode as well as a more aggressive “Sports” mode. Combined European fuel economy and CO2 emissions are reduced by 13% with the Sportshift trans.

Inside, the new centre console is constructed from die cast zinc alloy with a graphite silver finish, the switchgear is revised and a new faster processing Hard Disk Drive (HDD) Navigation System is installed.

Prices for the revised V8 Vantage will be confirmed at a later date, with deliveries starting in the third quarter 2008.

(See press release below for specifications)