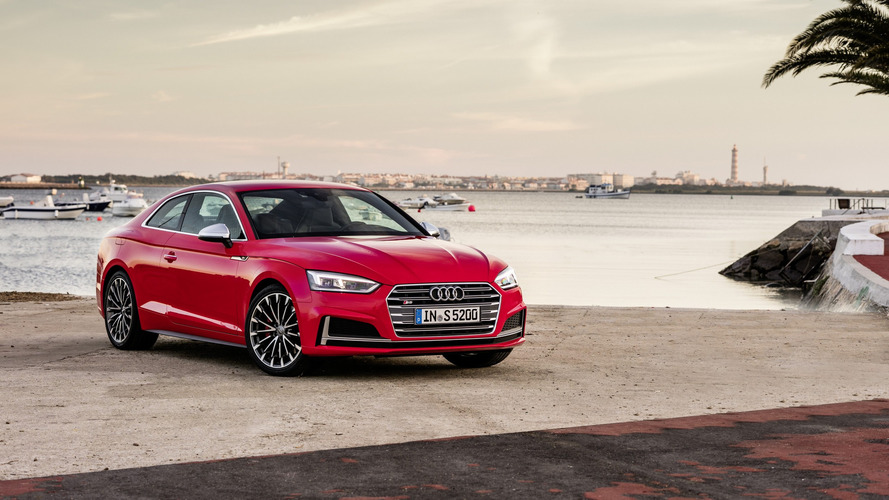 Having made its public debut at the beginning of the month in Paris, the sharp-looking A5/S5 Coupe and Sportback duo has already arrived at Audi U.K.

The order books have opened today and the cheapest model money can buy is the A5 Coupe in the entry-level SE trim with a 190-hp 2.0 TFSI engine hooked up to a six-speed manual transmission for £30,700 OTR. Should you want the practicality of the A5 Sportback, it kicks off at £38,005 in the Sport trim with a 190-hp 2.0 TDI quattro setup and a seven-speed S tronic gearbox. The reason why there’s a big difference between the two has to do with the fact that pricing for the base A5 Sportback SE will be announced at a later date, so for now you’ll have to pay the premium that comes with the Sport trim.

If you don’t feel like spending so much money, even the base SE model comes generously equipped with xenon headlights (with LED daytime running lights), 17-inch wheels, three-zone climate control, and the Audi Drive Select system. The A5 Coupe will have a standard electric trunk lid release mechanism, whereas the A5 Sportback will benefit from a power-operated tailgate.

Buyers can also opt for the S Line specification (from £34,250 Coupe / £41,240 Sportback) featuring LED headlights and taillights, 18-inch alloys, and front sport seats covered in a combination of leather and Alcantara.

Needless to say, the A5/S5 range will be topped by a new RS5 Coupe expected to arrive in the second half of next year with a biturbo 2.9-liter V6 engine borrowed from the Porsche Panamera 4S. There have been some rumors about a first-ever RS5 Sportback, but we’ll have to patiently wait for Audi to confirm or deny the gossip.

Check out the press release below for complete pricing details. 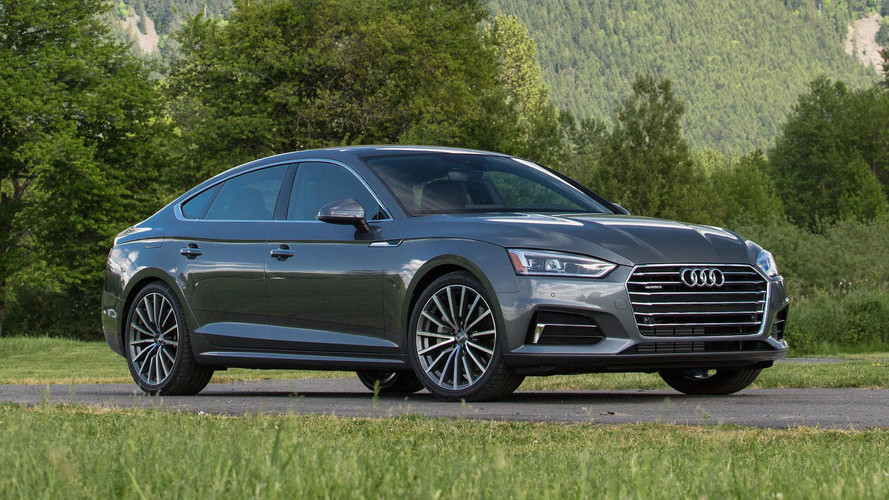 Less than a month after its European debut at Paris, the successor to the five-door Audi acclaimed for wrapping high functionality in a captivating coupé-like silhouette is ready to order in the UK. Sporting a host of technological advancements that encapsulate Vorsprung durch Technik under its sharpened and toned skin, the A5 Sportback joins the equally attractive new Coupé which has been available since late September. It will touch down here a couple of months after its two-door relative in February 2017.

Heading up the highly intelligent new range, and available to order at the same time  in both Coupé and Sportback form is an even faster, more powerful and more efficient S5 quattro, now featuring a turbocharged V6 TFSI. Power has ramped up to 354PS, propelling both three-door and five-door versions to 62mph in just 4.7 seconds.

A choice of three TDI and two TFSI power units are available in the new A5 Coupé and Sportback. The four-cylinder 2.0 TFSI and 2.0 TDI both produce 190PS and can be configured with either a six-speed manual or 7-speed S tronic transmission. An ultra version of the TDI in the Coupé offers the same power, torque (400Nm between 1,750 and 3,000rpm) and 0-62mph performance (7.7 seconds), but combines this with the potential for even greater economy returns of up to 70.6mpg combined and 105g/km compared to the already impressive peak of 67.3mpg combined and 111g/km for the 'standard' 2.0 TDI.

A 2.0 TFSI producing 252PS and 370Nm of torque is mated exclusively to quattro all-wheel drive. In the Coupé, 0-62mph takes a mere 5.8 seconds (6.0 for the Sportback) and both top out at 155mph. The combined 47.9mpg potential and 136g/km is unchanged regardless of the silhoutte.

At the top end of the scale, a V6 TDI with 218PS is offered in conjunction with quattro drive and S tronic transmission in the Coupé, and appears in 286PS* form exclusively linked to an eight-speed tiptronic in the Sportback. The former boasts a 6.2-second 62mph sprint time and 155mph top speed despite CO2 of as little as 119g/km and up to 58.9mpg combined.

Drawing on a turbocharged V6 TFSI powerplant that delivers 354PS and 500Nm between 1,370 and 4,500rpm, the S5 Coupé and Sportback share 4.7-second zero to 62mph capability, and both can reach a limited top speed of 155mph. An integrated exhaust manifold, new combustion technology and a freewheeling function embedded in the standard eight-speed tiptronic transmission all contribute to lower consumption than that of the predecessor, resulting in 38.2mpg combined for the Coupé (37.7mpg for the Sportback) and a shared CO2value of 170g/km.

In keeping with the rest of the Audi range, the hierarchy for A5 Coupé and Sportback consists of SE, Sport and S line specification levels. The lead-in SE option now features more equipment than ever, including a host of infotainment and driver assistance systems.

These range from the Audi Smartphone Interface connection hosting Apple Carplay and Android Auto, and the front and rear Audi Parking System Plus to the Audi pre-sense City which warns the driver of a imminent collision and can initiate emergency braking and the multi-collision brake assist, capable of reducing further impacts through full braking. Also new to the A5 range is the Audi connect Safety and Service package. Fitted as standard, an embedded SIM card enables occupants to dial an emergency or assistance call service with a one-touch button function inside the car.

Inside, Fine Nappa leather extends to the front S super sports seats, combining lumbar support, pneumatic adjustment and a massage function. MMI navigation plus and a three-year subscription to the Audi connect suite round out the interior upgrades.

Separately on S5 models, a sport differential can complement the quattro drivetrain for more targeted torque distribution to the rear wheels, improving stability and agility in fast corners.

Naturally, the most forward-thinking technological advancements can now supplement the already extensive standard equipment list, from the Audi virtual cockpit and Matrix LED lights to a head-up display and Bang & Olufsen 3D sound system. In terms of driver assistance, adaptive cruise control with Stop&Go incorporates a traffic jam assist function capable of taking over braking, acceleration and steering inputs at speeds of up to 37mph to take the strain off stop-start traffic. A similarly innovative feature is the predictive efficiency assistant, which uses route data to calculate when free-wheeling or engine braking can be automatically applied to boost overall mpg.

*Pricing and technical data for the A5 Sportback 3.0 TDI quattro 286PS will be confirmed closer to market introduction early next year.