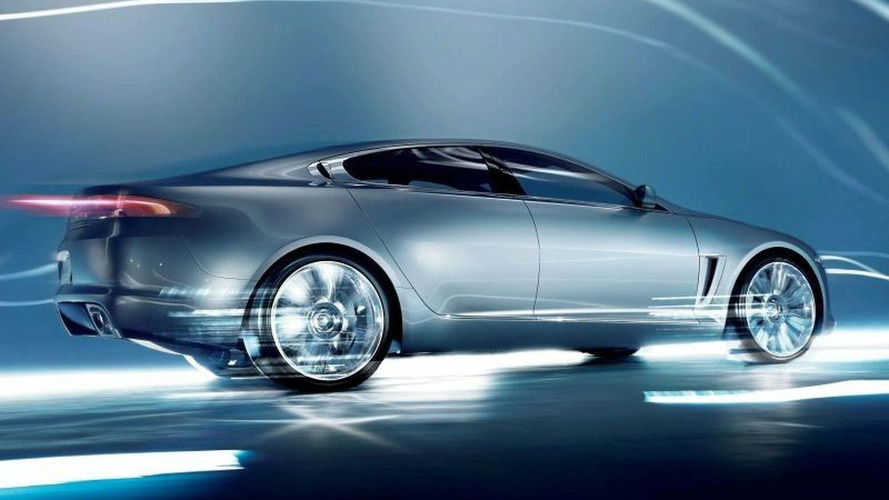 Jaguar has placed patents on the words C-XJ and C-XE, paving the way for two new concept cars including the 2011 XJ luxury sedan. Is the second one an SLK or 911 rival?

Jaguar has patented the words C-XJ and C-XE. What this means for us looking through the British pussycat’s cage is that two new concepts will soon be unveiled to the public. The one is of course the new 2011 XJ big daddy leaper which has been extensively spied on a number of occasions already. The second one is XE. Lots of guesses on this one, but a likely candidate is a smaller XK, something of a Porsche Boxster or BMW Z4 rival perhaps? Or just a step below XK, say something to rival a 911 instead. The X would be Jaguar’s way of labeling its cars, and the E stems from the classic E-Type. Others contend that it’s the X-Type replacement.

We know that Jaguar parent Tata is interested in ramping up models of the big cat in the coming ten years or so, and that the current fuel crisis is forcing all auto makers to look much more closely into cutting fuel consumption figures and CO2 emissions. Jaguar so needs a small car programme and this could be the sports car answer to that question. Such a car could conceivably be built in England, but don’t count India out. Although both Jag and Tata insist there are no immediate plans to manufacture on the sub continent, the agreement that stipulates this is not a closed one, and does in fact, expire in a few years’ time, which could pave the way for Jaguars and Land Rovers to be at least assembled from CKD (completely knocked-down) units cost-effectively in India.

Editor’s note: pictures used are of the XF concept and spied facelift XK.