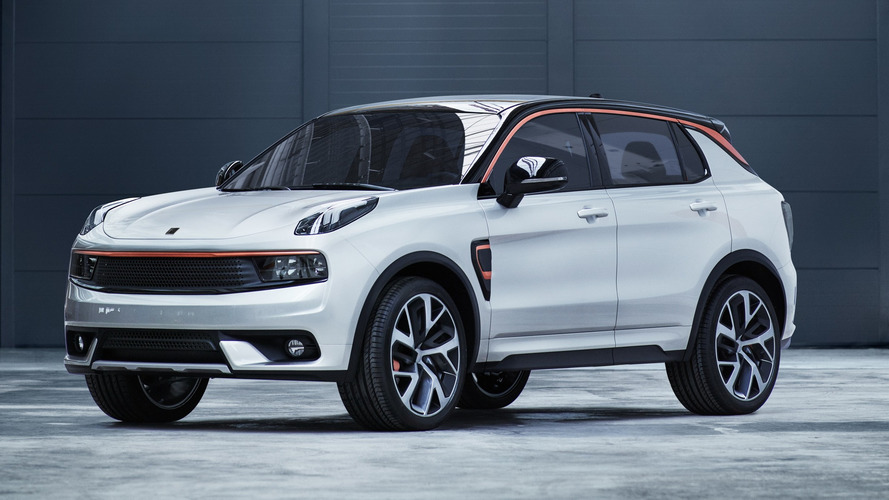 Designed and engineered in Sweden, the 01 aims to be the very first Chinese-built car to be sold in volume in Europe and United States.

Volvo and parent company Geely have joined forces for a brand new automaker (uninspiringly) called “Lynk & Co” and the first model of many to come is simply dubbed “01.” It’s going to be manufactured in China, but the crossover has actually been engineered and designed in Sweden and will use the same Volvo-developed Compact Modular Architecture as the forthcoming XC40.

As far as size is concerned, the new crossover is 178.4 inches (4.53 meters) long, 73 inches (1.85 meters) wide and stands 65.1 inches (1.65 meters) tall, with a generous wheelbase of 107.5 inches (2.73 meters). It shouldn’t come as a surprise the wheelbase is quite extensive for a model of this size taking into account the 01 will primarily target the Chinese market where rear legroom is all the rage.

Since it’s going to use the CMA platform, it means power will come from an assortment of turbocharged three- and four-cylinder engines set to be used by Volvo’s upcoming new 40 series cars. Depending on engine choice, the high-riding vehicle will be offered with a manual gearbox and a seven-speed, dual-clutch transmission developed. A plug-in hybrid version is also on the agenda and will probably arrive later during the model’s life cycle.

On the safety side, the Lynk & Co 01 will have access to Volvo’s passive safety toolbox, including systems such as autonomous emergency braking, forward collision warning, adaptive cruise control, and blind spot detection. In addition, pedestrian detection (with automatic emergency braking) and a lane departure warning system will also be available on what is being described as a “tech-laden SUV.”

Speaking of technology, it aims to be “the most connected car to date” with a generous touchscreen for the infotainment system that will always be connected to the Internet and the car’s own cloud. It will even have a share button allowing the owner of the 01 to provide others with access to the car through a shareable digital key. The same feature will also be offered by Volvo starting next year when a smartphone app will effectively replace the car’s key on select models.

The 01 will go on sale in China in 2017 and later on it will be launched in United States and Europe. Lynk & Co will introduce two additional models in the years to come under the names of “02” and “03.”