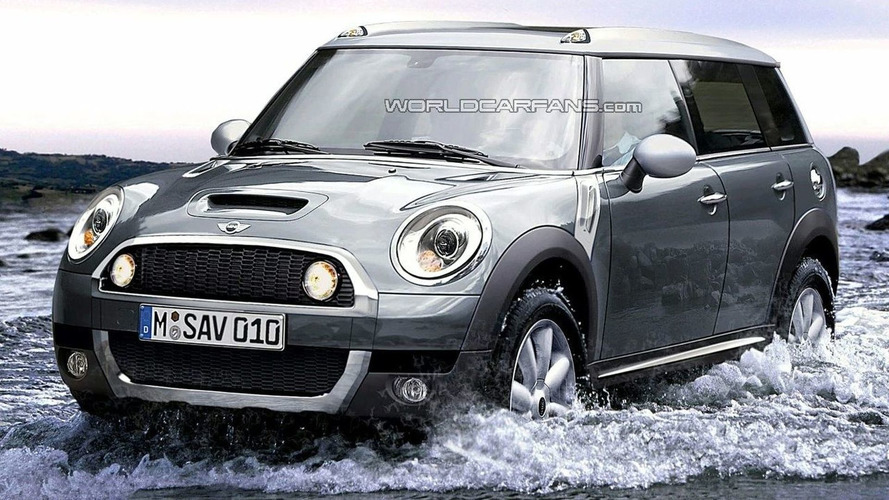 Latest information that has now surfaced is that we are likely to see a concept version of the Mini SUV at the Paris Motor Show later this year.

Having already been confirmed by BMW, we know there will be a definitely be a brand new SUV variant added to the range. What we don't know is how long we are going to have to wait to see the styling and we are also yet to receive any firm confirmation of the name – although rumours circulating the internet suggest it will by the Crossman. Latest information that has now surfaced is that we are likely to see a concept version of the Mini SUV at the Paris Motor Show later this year.

There have been numerous sightings of what appears to be a mule for the new Mini SUV sporting the body of the Clubman riding curiously higher than we are used to on the regular production model. Unfortunately we are yet to see any true prototypes, therefore artists renderings (such as those seen in this article) are purely on guess work, although BMW has stated the SUV will retain the classic Mini styling clues.

The new SUV will share the same platform as the upcoming BMW X1 and reports even state that it will nly be offered in front-wheel drive as standard with the 4-wheel drive option also available - kinda wierd for an SUV don't you think?

Following the concept debut we would expect the full production model to follow early next year before it is launched in the Spring of 2009.