BMW's new M550i is quicker than the current M5

For those who can't wait for the new M5 to come.

BMW revealed the seventh generation of the 5 Series business sedan last week and announced it will be launched on the U.S. market in February next year with a choice of two new petrol engines. These are the 530i and 540i, offering 248 horsepower (185 kilowatts) and 335 hp (250 kW) respectively.

For those who can’t wait for the new M5 to arrive, which will happen most likely at some point next year, the Bavarian company will launch a hot M550i xDrive version, set to join the range alongside the 530e iPerformance plug-in hybrid in March 2017. This high-performance sedan will be positioned just a step below the flagship M5 and will come with the familiar 4.4-liter V8 biturbo engine that we all love. In this version, it generates 462 horsepower (340 kilowatts) and 479 pound-feet (650 Newton-meters) of torque. 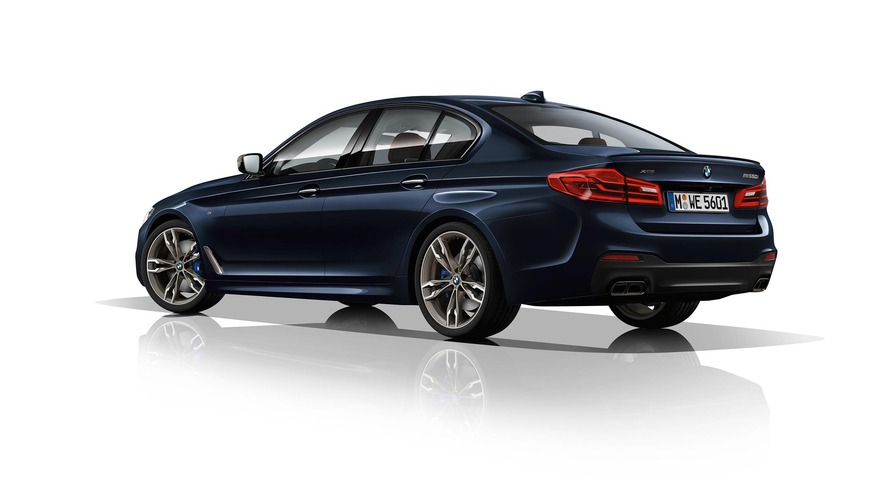 As BMW explains, the car “will take over as the sporting highlight of the new BMW 5 Series range, for the time being at least” and will sprint from a standstill to 62 miles per hour (0-100 kilometers per hour) in only four seconds, making it significantly faster than the current M5 with its 4.4 seconds.

While it’s nearly 100 hp (74 kW) less powerful, the new M550i xDrive is expected to be slightly lighter than the M5 that is still on sale. What’s more important, it channels the power more effectively thanks to the xDrive system, while the M5 has rear-wheel drive layout.

BMW says the sporty sedan “impresses not only with its remarkable performance but also when it comes to efficiency.” The claimed average fuel consumption stands at 26.4 U.S. miles per gallon (8.9 liters per 100 kilometers) with corresponding CO2 emissions of 204 grams per kilometer. These figures were calculated according to the EU test cycle. 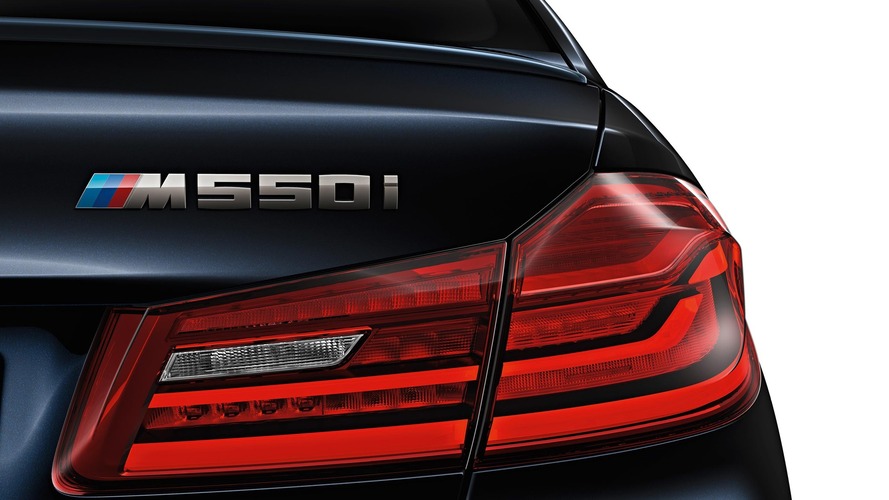 In Europe, the M550i xDrive will be launched in March next year, while information about the North American launch is not available at the moment.

Note: 2017 BMW 5 Series pictured in the gallery below.

110 Photos
By: Angel Sergeev
++
Got a tip for us? Email: tips@motor1.com
Hide press releaseShow press release