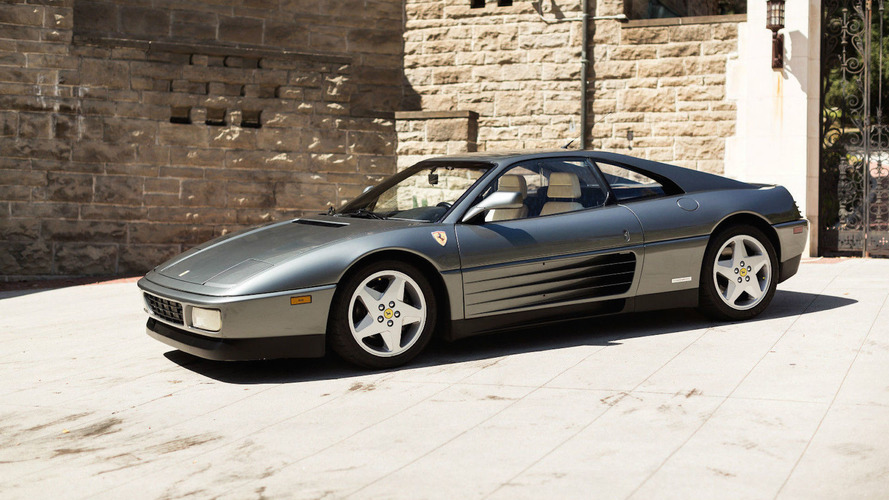 The Ferrari 348 was a special vehicle for the Italian automaker. Introduced at the Frankfurt Auto Show in 1989, it would be one of the last cars developed under the watchful guidance of founder and CEO Enzo Ferrari, and would mark the beginning of a new decade — a turning point that included the introduction of some of the company’s most iconic vehicles.

Of the 8,844 examples produced of the 348, more than half were given the Trasversale Berlinetta (tb) designation to signify coupe. It featured a sharp, simplistic design penned by Pininfarina, a naturally-aspirated 3.4-liter V8 mounted in the rear, and a $131,000 price tag plastered on the window when new.

Thankfully for collectors, the 348 hasn't held its value as well as Ferrari had hoped. This particularly pretty example is up for grabs on eBay

Aside from a legendary badge and lovely design, the Ferrari 348 brought to the table more engineering prowess than other vehicles before it. That aforementioned 3.4-liter V8, for example, was now producing as much as 300 horsepower (224 kilowatts) when new. Comparably, its main competitor the Acura NSX was producing a smidge less than that at 290 horsepower (216 kilowatts).

All that (and then some) is included in the listing of this early 1990 example. It forgoes the cliche Ferrari red for something a bit more subtle, Grigio Metallic, which pairs handsomely to a light camel interior and black plastic accents; it was the ‘90s, you see.

It has just 56,000 original miles on the odometer, and the seller maintains a complete set of service records — the last service being done less than 300 miles ago. Nearly everything on the car is original, sans a tasteful carbon fiber front splitter and new exhaust tips, and for the price, should have enthusiasts fawning.